WHAT WILL SURVIVE OF US IS LOVE

I’ve just finished the Philip Larkin biography and I’m left with a sense of cramped Englishness, a quality of ‘life lived small’. His parents weren’t very good at being happy  – and there’s a famous and much quoted poem about that – and neither, really, was he. His working life was spent as a librarian – for many years at the University in Hull in the north of England – he never really travelled, he generally stood apart from the literary circus, he never married or had children. He died at 63.

A previous biography by Andrew Motion apparently caused a bit of an anti-Larkin uproar by revealing him to be racist and sexist as well as a duplicitous and grumpy old git. This biography tries to tilt our perception of him the other way, by explaining, excusing, demonstrating that whatever yucky things he might do or say or write, he could also be likeable, kind, generous and…well, human. Do I really need to know that he collected pornographic photographs and wrote, as Brunette Coleman, stories about lesbian school-girls ? That at times he affected a rather nasty Tory intolerance? Or that he had two and at one point three mistresses on the go but was never going to marry any of them?
Poor man! Though this is a sympathetic book, I can’t help picturing the private and self-contained poet spinning in his grave. Though at least he was dead when the biographers got at him. Imagine what it must be like to be alive and read your life –  with all its mistakes and inconsistencies and not-so-pretty parts – laid out for everyone to gawp at. 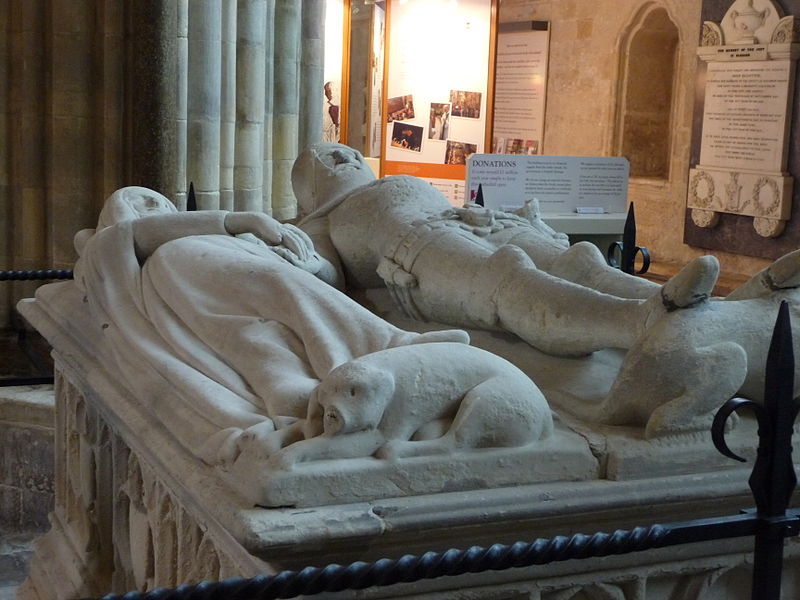 I don’t actually care about the naughty school-girl tales and the tangled love life and the nastiness. After reading this life of ‘The Hermit of Hull’ (isn’t that a great nick-name?) I went back to the poems. There are defeated and bitterly funny and pessimistic poems, but there is also An Arundel Tomb. In 1986, in the UK with my mother, I visited Chichester Cathedral. I didn’t know about Philip Larkin’s famous poem,  but there it was, displayed near the tomb itself.

Side by side, their faces blurred
The earl and countess lie in stone…

These effigies of knight and lady are not uncommon; what is unusual is that he is not wearing his mailed glove.

One sees, with a sharp, tender shock,
His hand withdrawn, holding her hand.

Perhaps they were known to have loved each other deeply; perhaps the sculptor thought it was a nice touch; we don’t know.

…The stone fidelity
They hardly meant has come to be
Their final blazon, and to prove
Our almost-instinct almost true:
What will survive of us is love.