Happy New Year! I am off and running with my 2016 reading.

I have just finished reading Siri Hestvedt’s What I Loved. I raced through it as if I was reading a thriller. Because it was thrilling. 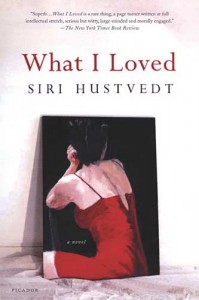 I bought it at the Op Shop months ago, but only started it on the train to Melbourne on Wednesday. I was immediately captured and just read until I finished, close to midnight, the same day. I haven’t done that for a while, probably not since I read The Goldfinch.

Actually, in some ways it’s very like The Goldfinch. Not only does it range far and wide in the New York art world but it’s a big, serious novel with a huge scope and great intelligence. What’s it about? Oh, the usual – it’s about thinking and feeling; about families and marriage and sex and desire; about how we perceive and think of and order our shifting, changing worlds; about art and ideas, memory and grief, trust and truth and love. And so beautifully written.

As I read, I did something I’ve not done before; I underlined the passages that caught me. Vandalism? Maybe, but I’ve recently become frustrated by my inability to remember where I read what. There was so much in this book that was witty or wise or well-put, so why not try to catch it as it flies? (And the grumpy kid in me mutters, “Anyway, it’s my book and I did it in pencil.”)

I suppose we are all the products of our parents’ joy and suffering. Their emotions are written into us, as much as the inscriptions made by their genes.

We manufacture stories, after all, from the fleeting sensory material that bombards us at every instant, a fragmented series of pictures, conversations, odors, and the touch of things and people. We delete most of it to live with some semblance of order, and the reshuffling of memory goes on until we die.

Lies are always double: what you say coexists with what you didn’t say but might have said. When you stop lying, the gap between your words and inner belief closes, and you continue on a path of trying to match your spoken words with the language of your thoughts, at least those fit for other peoples’ consumption.

Useful objects, like chairs and dishes, passed down from one generation to another, may briefly feel haunted by their former owners, but that quality vanishes rather quickly into their pragmatic functions. Art, useless as it is, resists incorporation into dailiness, and if it has any power at all, it seems to breathe with the life of the person who made it. Art historians don’t like to speak of this, because it  suggests the magical thinking attached to fetishes and icons, but I have experienced it time and again… 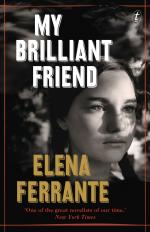 I got stuck two thirds of the way through My Brilliant Friend by Elena Ferrante. At the start I read eagerly and with a kind of thrilled recognition – I, too, was a little girl with intense and complicated friendships. The child Elena’s Neopolitan world was so real and highly charged, I could feel myself with her in the sun-baked, squalid streets, the neighbourhood staircases and cellars and balconies. I could feel too the poverty, ignorance and struggle, the constant undertow of violence. In the end, it was so claustrophobic and  stifling I just didn’t want to read any more. The good book at the wrong time! I put it aside, and moved on to one of my favourite times and places, cold and stitched-up 1950s England. 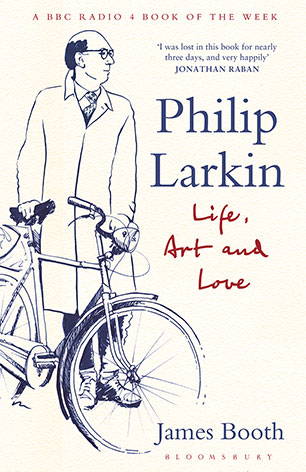 And now I am well into a biography of Philip Larkin; Philip Larkin: Life, Art and Love by James Booth. Here is what the poet has to say about being with people…

Viciously now, I lock my door.

The gas-fire breathes. The wind outside

Ushers in evening rain. Once more

Supports me on its giant palm;

Or simple snail, there cautiously

Unfolds, emerges, what I am.

Booth comments that Larkin was ‘determined to resist the intimidation of his socially responsible super-ego, and live life rather than allowing life to live him.’