REASONS TO BE CHEERFUL

The world seems full of pain and distress right now. Mainly, it’s the pandemic, rolling on and on like a juggernaut, crushing lives and hopes and dreams. And I don’t mean the Bali holiday, the anniversary cruise, the gap-year spent backpacking. I mean school, interrupted. Careers, smashed. Whole industries and sectors of our communities – small businesses of all kinds, cafes, professional and community sports, theatre, live music, arts, universities, and more – on hold or wiped out. The rise in family violence, in depression and anxiety. We are doing better at protecting vulnerable people in aged care, but my friend who works at a local facility says that without volunteers and visitors, many residents are under-stimulated and lonely.

Add to that the recent Intergovernmental Panel on Climate Change (IPCC) report. The steady stream of reports on government incompetence (vaccine rollout) and downright corruption (sports rorts, car parks). State sanctioned (and funded) bigotry in religious schools. The rise of neo-Nazis in our own backyard. Anti-vaxxers. The heartbreaking situation in Afghanistan, and our shameful abandonment of vulnerable civilians who worked with our troops. In response to all these and more, our Prime Minister shows himself to be gutless, clueless and – basically – pointless.

So much to be sad and angry about. The case for despair is strong. During the first long lockdown in 2020, I was OK. When I read about the mental health harms that so many were experiencing, I felt somewhat insulated. I’m a raging introvert in any case, so the enforced calm was quite acceptable. I wasn’t sick or broke or homeless, nor was anyone close or dear to me, so my knowledge was second-hand, from the news. Digital news, mainly; I’ve never had the TV news habit.

But now, like so many others, I’m fatigued. I had been thinking there would be an ‘after time’ when this ended, when we would all go back to normal. But I see that we won’t be able to do that. Our lives have been changed and I often wonder what my parents would think. It happened to them; their generation went through a world war.

But – reasons to be cheerful.

Babies unselfconsciously elicit adoration when they go out in public; they just do. It worries me that we are all masked and they can’t see the smiles any more. Yesterday in line at the chemist, a masked elderly lady and a 16-month-old had a mutually satisfying game of peek-a-boo while his mother looked on. I could only see the baby smiling but that was enough.

I am reading up a storm, and taking home armfuls of books and magazines. For free! How splendid.

Last week, I decided to get back on the horse after a few falls – fails – and write a short story. I find I can still do it. Amazement, astonishment, gratitude! It’s a wonderful thing, to sit down at the computer, start work… and then think about a cup of tea, and look at the time, and realise that my goodness, two hours have passed and I didn’t even know it. 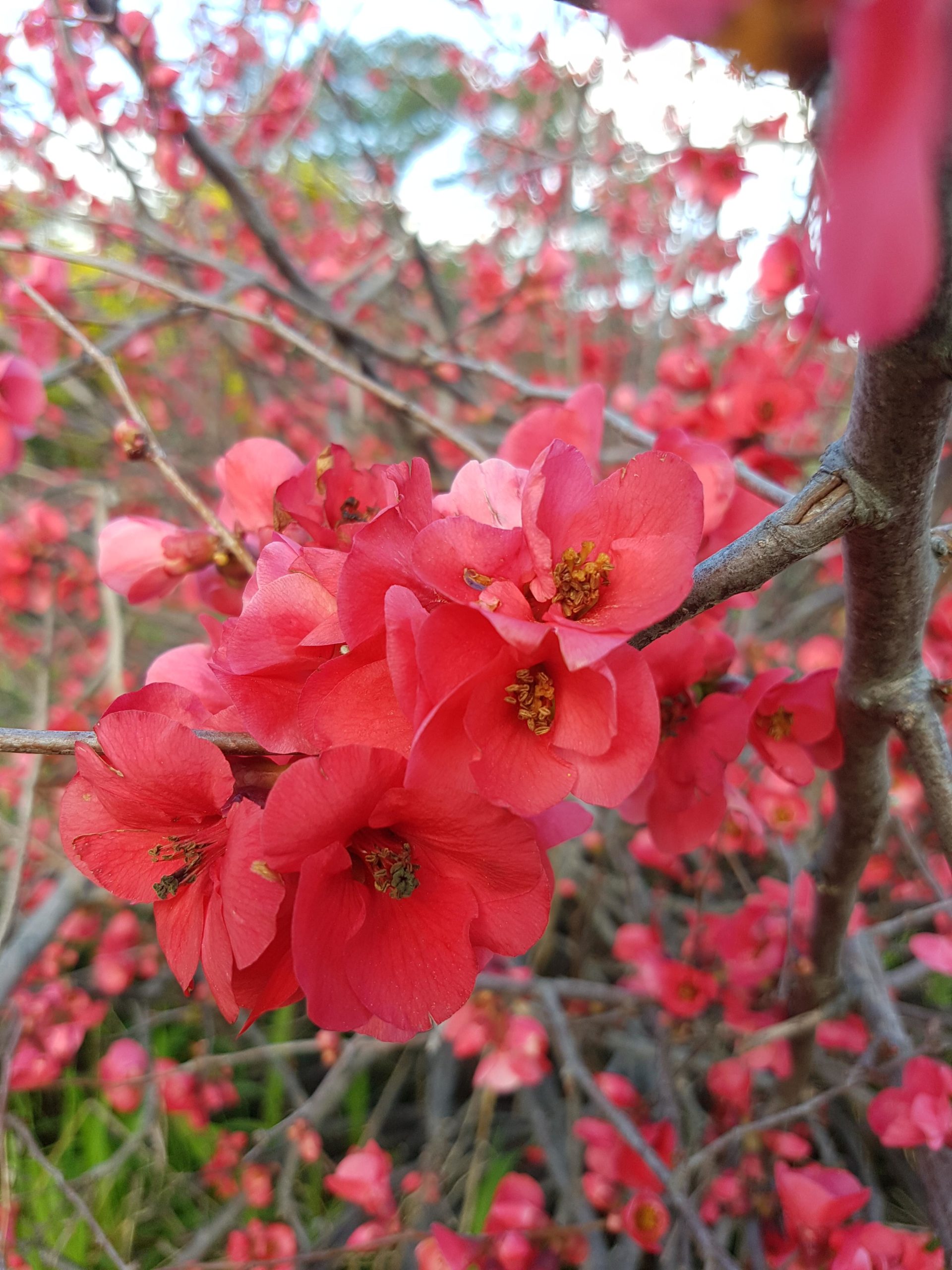 I quote from Monty Don’s The Ivington Diaries, because he says it better than I could.

Sometimes you just want to say, Look – here we are again. Yes, I know it is exactly where we were last year, and yes, I know that these particular flowers or plants did pretty much the same kind of thing then and every preceding year before that, but if that is not a miracle then I genuinely don’t know what is. One of the joys of gardening is the process of doing the same thing year after  year and even day after day. Instead of being boring, this constant and subtle repetition is actually the most fascinating part of it.

2 Responses to REASONS TO BE CHEERFUL