It’s a new year – it has been for a couple of weeks now – but with the pall of smoke reaching here all the way from the fire grounds in Victoria and New South Wales, thousands of homes lost, people injured and dead, animal and plant life devastated…well, I haven’t felt that “Happy New Year” is the appropriate greeting.

I was back at work this week. One of the new releases was a thing called Stop Reading the News: a Manifesto for a Happier, Calmer and Wiser Life by Rolf Dobelli. Maybe I should read it. Actually, I’m thinking of another short news detox (I do this from time to time). Not just the stories and images of destruction, but the responses of our inadequate Prime Minister and the idiot commentators from the Murdoch press have me in a state of mixed sadness and simmering rage. My inbox this morning contained an email from Environment Victoria about dealing with climate anxiety!  Not that I was reading to a theme, but this end-of-year book neatly fits with current conversations around fire and land and our nation’s desperate need to learn from Indigenous wisdom.

I think that every Australian should read Dark Emu. At school! Because when I think back to my own education, I could weep.  In 1966, at Campbell’s Creek PS, with members of a local Aboriginal family in the school community and with one of them actually sitting next to me, I was told by the teacher that “Aborigines are primitive stone age people”. We copied pictures of boomerangs and bark shelters and got the idea that Aboriginal people just wandered haplessly about, spear or dilly-bag in hand, waiting for something (a kangaroo, a tuber) to turn up. Luckily, white people came along!

Bruce Pascoe has done something very clever. He’s studied the records of explorers and colonists at the time of first contact and shown what was in plain sight but scarcely acknowledged – there are numerous first-hand accounts that give the lie to the colonial view that Aboriginal people lived in small groups as hunter-gatherers.
What my primary school teachers did not tell me – because they did not know – was that in some areas the earliest explorers and colonists saw large Aboriginal populations (into the thousands) living in permanent villages and settlements. Agriculture thrived. They witnessed cultivation of grasses and roots, the harvesting and storage of foodstuffs, the diverting and damming of rivers for extensive fish traps and weirs. Pascoe’s explorers admired the ‘park-like’ appearance of the country. While some colonists wanted to think this landscape was natural, others witnessed the Aboriginal people burning (“fire-stick farming”) to maintain a mosaic of alternate lightly and densely wooded terrain. Temporary barriers (‘battues’) were at times erected to keep animals encircled, but there was no permanent fencing. Within a few decades of colonization, what these earliest white people saw was forgotten, perhaps deliberately.  Aboriginal people were killed, denied access or moved from their lands. Then the introduction of hoofed animals, along with farming practices such as fencing, land clearing and ploughing, changed everything.

That precis is my understanding of Pascoe’s story. The revelation for me is that a larger population than I’d known existed here for tens of thousands of years, with a kind of pan-Australian peaceful and co-operative management of land and resources. None of our huge dams for cotton-growing in Queensland and no flow down into South Australia. Each group knew what they needed to do to maintain the health of the entire system for their own benefit and the benefit of all the other groups. There were meetings for great sharing of resources – an example is the Bogong moth celebrations in the high plains of Victoria – which strengthened ties and kept the systems coherent. Through stories and above all law, these disparate groups of people did their smaller parts to keep the whole well.

The other revelation is about progress. Truly, I’ve heard people say that Aboriginal people should have no rights to the land (or even, ‘don’t deserve to have rights’) because they did nothing with it. That’s been the rationale for dispossession. In the West we tend to think that all people should be on the same trajectory as us. Progress is civilization. It is ploughs, wheels, machines, foundries, quarries, roads, cities, factories, armies. It is warfare and conquest and an ever growing desire for more and more and more stuff.
To many of us here and around the world, this Australian bush-fire summer demonstrates the utter madness of this growth and progress mindset. We are destroying our own home. Pascoe’s book asks us to think another way. Aboriginal societies did change, but slowly and in ways suited to the land. We can’t reverse completely, but we can learn to be content with what we have and to live within our means. 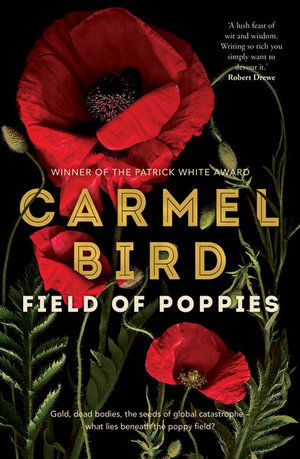 Field of Poppies by Carmel Bird
In a Dry Season by Peter Robinson
Olive, Again by Elizabeth Strout
Warlight by Michael Ondaatje
Strong Poison by Dorothy Sayers
Life in the Garden by Penelope Lively
Ravilious & Co: The Pattern of Friendship by Andy Friend 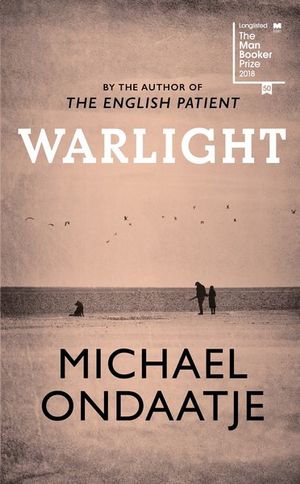 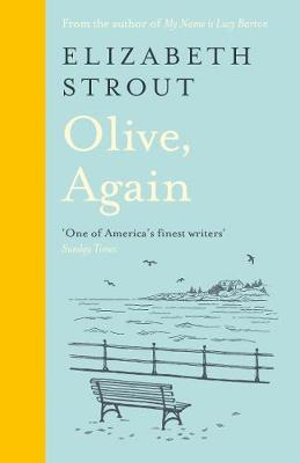