Sometimes it’s hard to find the right book for your mood. This week I’ve tried a couple of crime thrillers and put them down after 30 or so pages. Next I started a literary novel translated from the Swedish and lasted five pages and a peek at the end. Sometimes – actually more often than not – if I’m not doing too well with a book, I read the ending and if I like that, I sort of skip backwards a bit. If I still like what I’m reading, I start again. This wasn’t the case with the dreary Swedish number. So I went to the bookshop and the library and I’m pleased to say I’ve read two books this week, one new and one old.

The new release is Song for a Scarlet Runner by Julie Hunt. It was a gripping tale and I read it almost in the one go. One reason is that Julie Hunt’s world building is earthed and meticulous. I love maps in books – and I did sort of wish this book had one – but perhaps it wasn’t needed, for Peat’s journeying from the Overhang through all the different landscapes – the Escarpment, the farmlands, the marshes, the city of Rim, and the strange dream land by the sea where the Stiltman lived –  were all so real that you could trudge along with her.  Adding to the groundedness – and I suppose the roundedness as well! –  was Julie’s insistence on attending to the physical aspects of the journey. Peat gets hungry, cold, and tired; she needs clothes and bedding and a shelter over her head; when her leg is broken and becomes infected, she needs healing from Marsh Auntie Edie’s herbs. There are lots of meals in this book; some sound yummy, but when she’s desperate, Peat eats raw fish and I could almost feel the slippery texture.

Siltboy, like Peat, was stolen by the Siltman and enslaved as part of a supernatural bargain made by someone else. In Siltboy’s case, it was his father, Pike. I was so glad that he had a happy ending!

And I was especially charmed by the sleek, who would bite you as soon as look at you, but turned out to be a devoted and trustworthy guide. 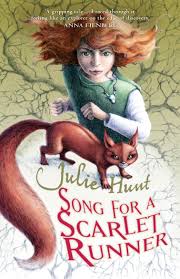 And the cover is terrific, too. What a gorgeous sleek! Just look at its naughty little eyes. It’s rather like a squirrel, I think. On our Canadian travels we saw lots and lots of squirrels. I guess they’re common as rats over there, but it took a while for us to stop squealing with delight when we saw them. They had a way of running along like mad and then stopping still quite suddenly and freezing. “You can’t see me if I don’t move!”; was that what they were thinking? 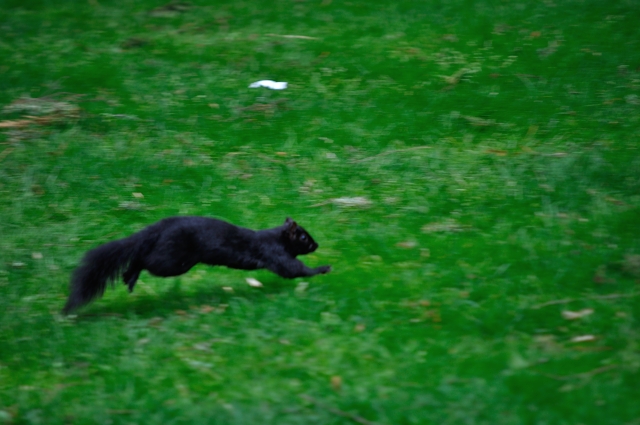 I hope this is just the first story about Peat.

The library book was The Silver Donkey by Sonya Hartnett. I read it pretty much in one go, as well. It’s a novel for children with so much to offer adults as well; beautiful, lyrical writing and a moving story about courage and kindness. The descriptions of Monsieur Lieutenant trying to look after his soldiers in the muddy trenches of World War I France had me wiping away tears and remembering my grandfather who was gassed at Passchendale.

Children’s novels were absolutely right for my mood this week!