NOT WITHOUT AUNT BEAST

I have a lovely stack of children’s books here in front of me – more than a weekend’s reading, probably, but I hope to get through them quickly. Because I’ll be reading the same number  again, a couple of times, before the end of July.

This is because I’ve been asked to do another “Green’s Guide to Good Books” for Text Marks the Spot, which is the Bendigo Writer’s Festival schools program. It consists of me talking about the books I’ve read and enjoyed and would recommend. Therefore the pile. Too many nights watching British crime and knitting lately, so this is a much-needed push into catching up on my reading. 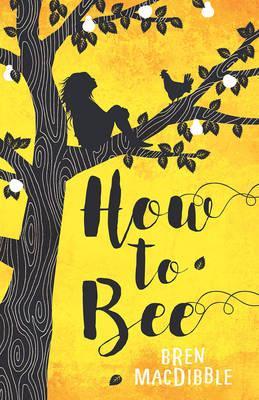 And there are so many good books out there! I’m already completely caught up in How to Bee by Bren McDibble. It’s the voice. And it’s almost always the voice. Peony is brave, funny, straightforward. Listen.

Today! It’s here! Bright and real and waiting. The knowing of it bursts into my head, so big and sudden, like the crack of morning sun bursting through the gap at the top of the door. I fall out of my bunk and hit the packing-box floor. I scramble up, right into Gramps asleep in his chair in front of the potbelly stove.
‘Cha!’ he growls.
‘Sorry Gramps,’ I say. ‘It’s bee day.’ I pull on my pest vest and try to squeeze past him, but he puts out his foot.
‘First eat, then bee,’ he says, real firm. He cuts a wedge from the oatcake on top of the stove.
Cockies screech loud from the tree over our shack. They know it’s time to get moving. ‘I can’t,’ I say and try to squeeze past again. ‘Foreman’s waiting.’
My sister, Magnolia, sticks her fluffy head out from the top bunk. ‘Stomp yourself, Peony-pest,’ she groans.
‘You won’t diz me when I’m a bee,’ I say.

This is a world where all the bees have died.  Brave and nimble children have to climb the fruit trees to pollinate the flowers by hand. Pests are picked by hand, too – that’s why Peony is wearing a pest vest – but Peony has set her heart on being a bee. Big themes and ideas, deceptively simple writing. It so deserves to be on the CBCA shortlist. And what a really beautiful cover it is. 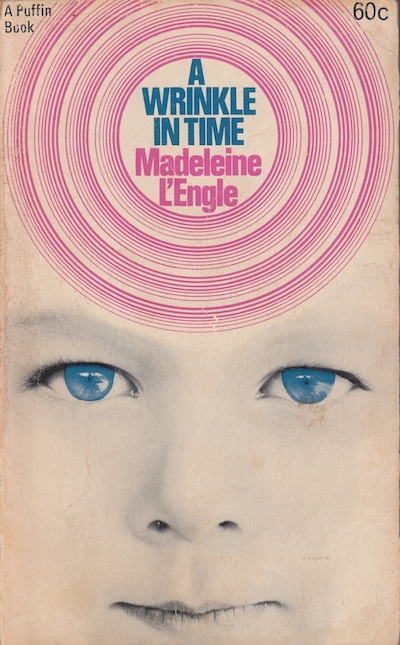 I’m not confining myself to new releases, however. I have just re-read A Wrinkle in Time for the first time in 50 years. Yes, I am that old! I bought this copy in 1968. Puffin books were 60c then, and $2 birthday money got me 3 books – what bliss.
And another great cover.

I haven’t seen the film, and probably won’t, since an 8-year-old film critic and I had a long conversation about it in the bookshop where I work. We agreed that converting a book to a film is a tricky thing. You can’t always leave everything in. Scenes and characters you love sometimes get the chop.  And that’s what happened in this film version.
“They left out Aunt Beast,” he told me. And he was very unimpressed. “I can’t recommend it,” he said. Even-handedly he added, “But you never know, you might like it.”
“Not without Aunt Beast,” I said.

1 Response to NOT WITHOUT AUNT BEAST