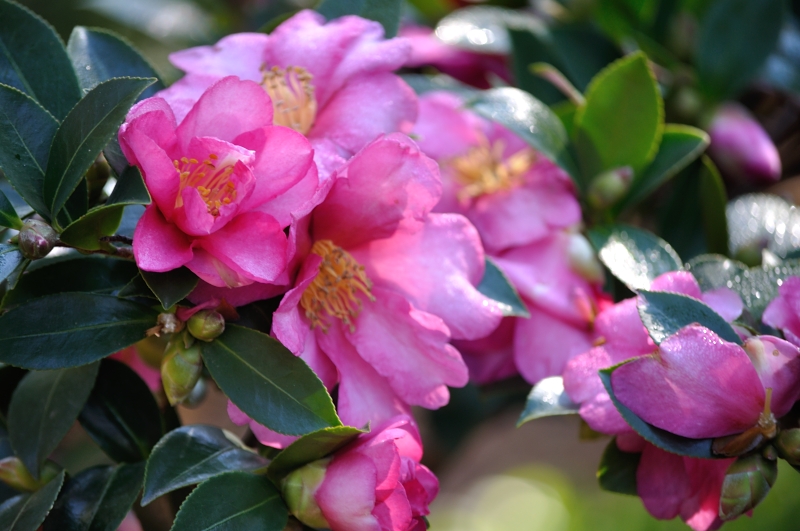 Last week was the 10th anniversary of my mother’s death. The camellia a friend gave me only a few days afterwards is always beginning to bloom by her birthday, and smothered in flowers by now. It’s a beautiful reminder.

I think about her often, usually lovingly, but at times I also curse. It’s the stuff. There’s so much of it. Superannuation records, tax files, appointment diaries. Every card I ever made her. It looks like every drawing my son did, too, even those wild toddler scribbles and scrawls. She kept everything. Only last week I got into a box that contained things like certificates for cholera vaccination in 1952 and though I’m not the despairing kind, I…well, at times it’s tempting to chuck a whole box of these relics into the bin and be done with it.

I’m not sure of her motives. Did she perhaps intend to write a memoir or an autobiography? Mum, amongst other things, trained as a librarian; she was quite the archivist, and there is plenty of well-ordered material on her and my father’s lives and careers.  Perhaps she hoped I’d take it on. Yes, it’s a possibility.

But I am a fiction writer. Just the thought of the truth, the whole truth and nothing but the truth brings me out in hives. It isn’t the burden of research; I love research, and did heaps of it for the three Verity books, and heaps of it, again, for How Bright Are All Things Here. It’s just that my bent is for imagination. Not necessarily invention, for making up novelties, completely new things. My attempt at a fantasy novel taught me that I’m a realistic novelist, and that even if I include supernatural elements (as in Verity) I like to have the plumbing and public transport sorted. What I love most is to imagine myself into facts.

Underneath the mass of material – the facts –  my mother left, is a mystery. I knew her, of course, as my mother growing up and as the one I cared for as she aged. But before she and my father were my parents, they were themselves. Their young selves, newly married, exploring Europe, seeing such sights as two young Australians had only read about or seen in books or films. Realising how much I myself had changed from my twenties to my fifties – I was almost a different person! – I began to wonder, who were they? And I knew, that though there were hints and signs in that mass of archived material, I’d never really know.

And perhaps it’s not for me to know, anyway. In How Bright Are All Things Here, I wanted to get at a truth that I think – I hope – is an important one. It’s certainly one that has preoccupied me for a long time. It’s not original, it’s not earth-shattering, but it’s this  –  you can never truly know anyone, even the ones you are closest to, even the ones that you love. It’s the mystery of other people. Perhaps that’s what many – most – books are about, anyway.