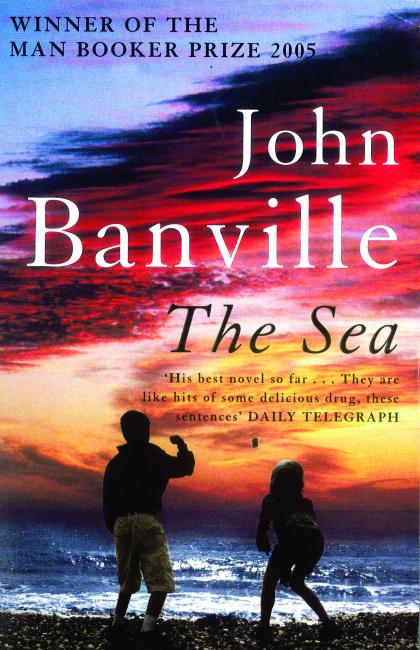 How good to find a new author! I bought The Sea in the Op Shop last year and put it on my ‘to read’ shelf where it’s sat for months. This is the first of Banville’s novels I’ve read and I will be going back for more. Luckily, there are lots more; this, which won the Man Booker Prize in 2005, was his 18th.With a long train trip ahead of me – to visit a friend in Barwon Heads (by the sea!) I wanted a shortish novel…

Shortish it is, but intense, beautiful. I’ve since read Banville described as a great stylist, and I’ve had this idea that I don’t like writing with loads of ‘style’, but I think I’m quite wrong. (As I so often am, and which is a very good thing, actually – but that’s another story altogether). Perhaps I’ve read and not liked prose which draws attention to itself – there’s a particular kind of American writing that I have in mind – but this is something different altogether. Lewis Jones, in his review in the Telegraph, puts it better than I can:

And Banville’s prose is sublime. Several times on every page the reader is arrested by a line or sentence that demands to be read again. They are like hits of some delicious drug, these sentences. One has to stop for a while, and gaze smiling and unseeing into the middle distance, before returning to the page for one’s next fix. For a shortish book, it takes a long time to read.

Here’s a sample; I just opened the book at random.

At times the image of her would spring up in me unbidden, an interior succubus, and a surge of yearning would engorge the very root of my being. One greenish twilight after rain, with a wedge of wet sunlight in the window and an impossibly unseasonal thrush piping outside in the dripping lupins, I lay face down on my bed in such an intense suffusion of unassuageable desire – it hovered, this desire, like a nimbus about the head of my beloved, enfolding her everywhere and nowhere focused – that I broke into sobs, lavish, loud and thrillingly beyond all control. My mother heard me and came into the room, but said nothing, uncharacteristically – I might have expected a brusque interrogation, followed by a smack – only picked up the pillow that the thrashings of grief had pushed off my bed and, after the briefest of hesitations, went out again, shutting the door soundlessly behind her. What did she imagine I was weeping for, I wondered, and wonder again now. Had she somehow recognised my rapturously lovesick grief for what it was? I could not believe it.How could she, who was merely my mother, know anything of this storm of passion in which I was helplessly suspended, the frail wings of my emotions burned and blasted by love’s relentless flame? Oh, Ma, how little I understood you, thinking how little you understood.