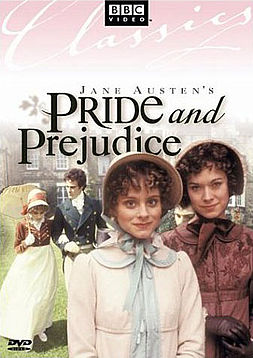 I have just had a Pride and Prejudice blow-out. A customer ordered a remastered DVD of the 1980 BBC series, with David Rintoul and Elizabeth Garvie in Darcy and Elizabeth roles. So I ordered it as well, and binge-watched the whole series one hot day. David Rintoul did the rudeness, snobbery and arrogance so well that I wondered if there was  any way that my bad opinion of him could be reversed. But of course, it was.
This P&P was not perhaps as romantic as the later BBC version, but very true to the tone of the book. It ended with great restraint. Darcy and Elizabeth escape from Mrs Bennet’s endless loop of chatter to walk along a country lane together – they talk, Elizabeth thanks Mr Darcy for saving Lydia, he tells her he did it only for her… and we know how it ends. However, their delight in each other isn’t expressed in a kiss or an embrace; rather, they walk and talk, telling to each other the history of their regard, not even holding hands, and finally the camera pulls back, leaving them together under a tree. The canopy hides them, and in leafy privacy they may have kissed at last but it was not for us to see. 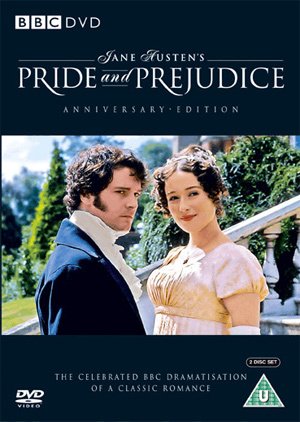 Well, then for comparison I had to watch the one we all think of as the classic, the 1995 Colin Firth-in-wet shirt-and-breeches one. Not on the same day, but all in one go, and well into the night.
There was much more emotion on display in this one – more romance – but here’s a funny little difference. In the earlier series, Lady Catherine’s daughter was played as a normal-looking but shy, young woman. As Elizabeth says goodbye to the Rosings menage, Miss de Bourgh steps forward and takes Elizabeth’s hands in hers, mutely expressing her liking for the other girl. It was a moving little scene, and made you think how hellish to be Lady Catherine’s daughter. In the 1995 version, Miss de Bourgh is played for laughs, not pathos, as a snotty, sickly caricature. 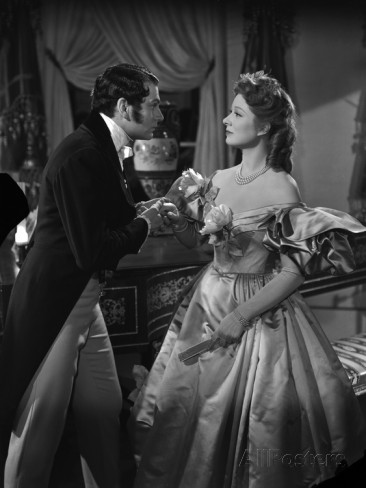 Next, the 1940’s movie with Greer Garson and Laurence Olivier. I loved that film as a young teenager, but now I find it almost unwatchable. Both the leads are way too old and their performances are embarrassingly mannered, and Garson in particular overdoes the arch, playful charm. Moreover, the costume department for some reason decided to make the clothes early Victorian, with huge puffed sleeves, full skirts and massive bonnets instead of Georgian, and it’s all so wrong. So is the tone of the thing – soft-hearted and broadly comical, instead of ironic and rather cool. However, the supporting cast is a treat. The Mrs Bennett of Mary Boland is fabulously vulgar and garrulous, and the sisters are a fine gaggle of girls.

Finally, I read the book. My Penguin classic contains a couple of wonderful essays and now I feel quite enlightened and full of a new admiration for Austen’s writing. I’m ashamed to realise that in all these years of re-reading P&P, while delighting in the language, the irony, the sharp, clever perception, even the exploration of morals and manners and values in the characters’ journey of (what an out-of-place phrase this is!) personal growth, I’ve really read for the romance. And though I’m an ordinary reader and by no means a student of the  social, economic, political, philosophical and fictional contexts, I found it added to my pleasure in the novel to consider these things. I’ve ended by questioning my own perception, which is nearly half a century old, that Pride and Prejudice is a romance at all.

Here is a rather long but lovely quotation from the introductory essay by Tony Tanner for the 1972 Penguin Classics edition.

…Jane Austen was brought up on eighteenth-century thought and was fundamentally loyal to the respect for limits, definition and clear ideas that it inculcated… In the figure of Elizabeth Bennett, she shows us energy attempting to find a valid mode of existence within society…In The Marriage of Heaven and Hell, Blake writes: ‘Energy is the only life, and is from the Body; and Reason is the bound or outward circumference of Energy. Energy is  eternal Delight.’ As I have said, I think that Jane Austen’s suspicion of energy increased in her later work. But in Pride and Prejudice she shows us energy and reason coming together, not so much as a reconciliation of opposites, but as a marriage of complementaries. She makes it seem as if it is possible for playfulness and regulation – energy and boundaries – to be united in fruitful harmony, without the one being sacrificed to the other. Since to stress one at the expense of the other can either way mean loss, both to the self and to society, the picture of achieved congruence between them offered in Pride and Prejudice is of unfading relevance. It is perhaps no wonder that it has also proved capable of giving eternal delight.