MIXTURES AND CONUNDRUMS AND VIOLENT INDIGESTION

I am sure that the odd mixture of ideas in my head is a result of the odd mixture of books (all from the bargain box I scored at the local library sale) and newspapers and magazines I’m currently reading. Motherhood, marriage and Confucius, refugees and oysters, breastfeeding and exhaustion and enlightenment…

The Garrick Year by Margaret Drabble. 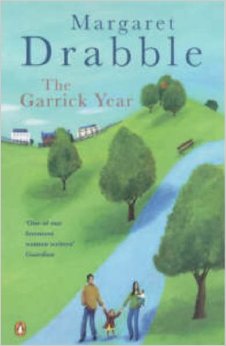 How I love Margaret Drabble’! This early novel (1964) has as its heroine Emma, once a model and now the wife of actor David and mother of two young children. She tells her own story of the year her husband is invited to star in a series of plays at the Garrick Theatre in Hereford. He accepts and she is forced to give up a job as  TV presenter and move from her beloved London to the country. She’s not happy, and makes sure David knows it.
Several reviews referred to Emma is unlikeable and selfish – oh, so wrong! For this reader, anyway. She is so hard on herself, so determined to catalogue her failings, and determined also not to seek sympathy  that I couldn’t help loving her. Add to this, her childhood – a mother’s long struggle with TB and early death, her father’s remoteness, even her extraordinary looks (she refers to herself as ‘a freak’) and here is a young woman relying almost completely on her own inner resources. She loves her two children passionately, even as they drain the life from her.

I often think motherhood, in its physical aspects, is like on one of those prying disorders such as hay fever or asthma, which receive verbal sympathy but no real consideration, in view of their lack of fatality: and which, after years of attrition, can sour and pervert the character beyond all recovery. Motherhood has of course infinite compensations, though I can well believe  some people are driven to a point where they cannot feel them.

Doesn’t she sound composed, acid, remote? But she’s not. Physically and emotionally exhausted (sleeplessness and breastfeeding will do that; I know), this coldness is a kind of protection. However she manages to be kind – compassionate even! – to those she sees as less protected than her, such as the young actor struggling with his sexuality. And even the girlish actress who’s having an affair with her husband. Her own ‘affair’, with the enigmatic director Wyndham Farrar is pitiably unsatisfying – for both of them – and ends in a farcical accident.

I’m on the hunt for more Drabble!
And by the way –  the front cover of my edition has a teensy puff from the Guardian: ‘One of our foremost women writers’. One of our foremost writers, surely? Grrr! There’s a rant waiting to happen. But one for another time. 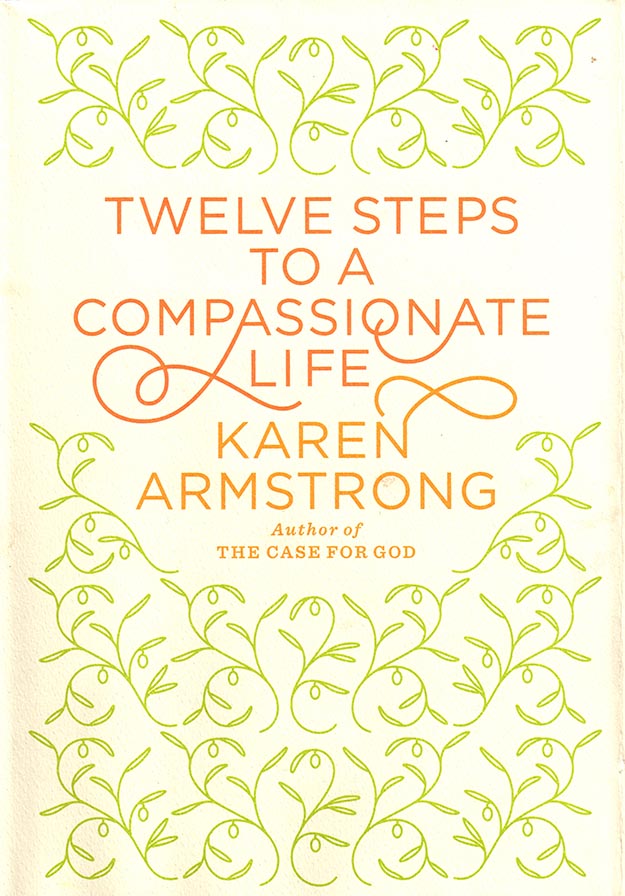 Twelve Steps to a Compassionate Life by Karen Armstrong.
I know, I know, this looks dodgy – one from the self-help shelves – and compassion can seem an icky word ( I often substitute ‘kind’). But this book is worth reading. Put the news pages – especially anything to do with the Abbott government’s fear-mongering, its adversarial, head-in-the-sand and business-as-usual attitude to the changing environment, its disdain for everyone outside of the rich boy’s club…sorry, ranting; can’t help it – together with this Charter for Compassion, quoted from the book, and you get a kind of moral indigestion.

Compassion compels us to work tirelessly to alleviate the suffering of our fellow creatures, to dethrone ourselves from the centre of our world and put another there, and to honour the inviolable sanctity of every single human being, treating everybody, without exception, with absolute justice, equity and respect.
It is also necessary in both public and private life to refrain consistently and empathically from inflicting pain. To act or speak violently out of spite, chauvinism or self-interest, to impoverish, exploit or deny basic rights to anybody, and to incite hatred by denigrating others – even our enemies – is a denial of our common humanity. We acknowledge that we have failed to live compassionately and that some have even increased the sum of human misery in the name of religion.

Then, add The Art of Eating by MFK Fisher to the mix. 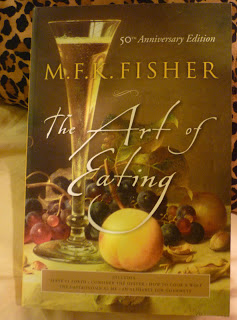 I’d read about MFK Fisher, but never read anything she’d written. I was expecting beautiful writing about food and eating and life – and found it – but I wasn’t prepared for her sharp, caustic and often cruel observations. I was taken aback when I read this small description of an old lady.

Mamazi was a small bewigged woman, still weeping for her son lost in the first war, and meekly waspish. She shook like an idly ocean liner from all the digitalis she took, and died a little while after I saw her last.

And even more so when I read this.

She herself was one of the most unreservedly sensual people I know of. She was not at all attractive physically. She neglected her person, mainly because she gave every ounce of her time and energy to feeding us. So she was bedraggled and shiny and often smelled. And, what is more distasteful, she was needlessly ailing. Such a state is repulsive to me.

But a little later, she writes:

She was a stupid woman, and an aggravating one, and although I did not like her physically, I grew to be deeply fond of her and even admiring of her.

This is unsettlingly unsentimental writing. Perhaps that’s because it seems so honest. And so much that is honest – or witty, or acute – is also very cruel.  Which brings me to a little conundrum, one I’ve struggled with in my own writing.

How can you be honest and unsentimental – and still kind?