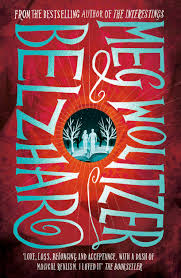 After I finished Little Women, I read one of the many YA new releases that are stacked in piles in our bookshop. There’s a lot of dystopia around, but since I’m feeling fairly depressed at the state of the world as it is (I must stop reading the papers!) I chose Meg Wolitzer’s Belzhar.

I was sent here because of a boy. His name was Reeve Maxfield, and I loved him and then he died, and almost a year passed and no one knew what to do with me. Finally it was decided to send me here.

Jam (short for Jamaica), traumatised by her boyfriend’s death, has been sent to The Wooden Barn, a boarding school for ’emotionally fragile, highly intelligent teenagers’.

She finds that she’s been enrolled for a course called Special Topics in English. Jam’s room-mate, DJ – who’d love to do the course – describes it as a ‘legendary’ class. The elderly teacher, Mrs Quenell, only teaches it when she wants to. It’s one semester long. You read only one writer. There are only five or six students. “It’s the smallest, most elite class in the entire school.”

When Jam begins the class, she finds that the set text is Sylvia Plath’s The Bell Jar. And that it’s a course requirement that, twice a week, the students write in the journals that Mrs Quenell hands to them. They’re red, leather-bound, very old – and magical. Jam finds that when she writes in her journal, she’s transported to another world, a world where Reeve is waiting for her. They talk, they laugh, they lie together on the grass and kiss. And then it’s over. She’s back in her room.

It’s soon clear that each of the students have been to this other place – which they eventually name Belzhar (a play on Plath’s title Bell Jar ) –  and they’re as troubled by it as Jam. Eventually the comforting fantasies and dreams, the wishes and might-have-beens collide with reality. We get to know each student’s story – the shocking events that landed them at The Wooden Barn – but Jam holds out. She only tells us what happened at the very end of the book and I’d better not spoil anything except to reassure you that, though drawing on Plath’s poetry, prose and biography, Belzhar doesn’t end in suicide but in a satisfying resolution and a surprise. 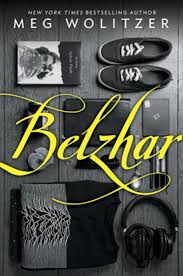 PS I’m assuming this is the US cover. Different, eh?