On the last Saturday of 2013, with  head-cold (probably caught while seeing Hobbit 2 at a very air-conditioned cinema on Boxing Day), I lay and watched a DVD. I ended up even snottier than I started, and in floods of tears. 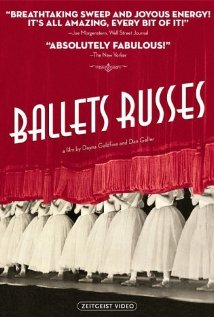 The film was a documentary about the Ballets Russes.

I bought it because I have a strong connection to the Ballets Russes. Not the real ballet, of course – it had ceased to exist by the late 1950s – but ballet via two old books of my mother’s. They were called The Balletomane’s Album and The Balletomane’s Scrapbook, both by Arnold L Haskell, and when I was little I pored over them. The ballerinas were as beautiful as fairy tale princesses; in fact, some of the time they were fairy tale princesses in ballets like Sleeping Beauty. There was one photograph that I adored; it was the beautiful, dark-haired Tamara Toumanova gazing soulfully at the camera. Being dark myself, I was very sensitive to the  real lack of dark-haired fairy tale princesses, Snow White excluded.
The caption called Toumanova “Black Pearl of the Russian Ballet”; isn’t that a wondeful name? She’d been made up to within an inch of her life, with long false-eyelashes and a ton of lipstick,  and she looks lovely but artificial. On the internet I found some wonderful old film footage of her dancing at the edge of the surf, looking completely natural, wild and happy and free. It was lovely to see.)

I practised looking soulful in the mirror; I  pointed my feet and tottered around on tippy-toes; I briefly attended dance classes(but there were no tutus so it was no good at all) and often entertained(?) my family by dancing The Dying Swan dressed in a frilly white petticoat and a singlet. Since I was a plump little creature, it was probably more like The Dead Duck, but I thought I was exquisitely sad.

My mother had these two books because she was a teenager in 1938-39 when the Ballets Russes de Monte Carlo toured Australia. She was a fan –  a balletomane – and in the documentary, the narrator says that though at first dismayed to be going to the end of the earth (so uncivilised!) the company was delighted and moved by the warmth of their Australian welcome. They stayed for more than six months;my mother went to see them as often as she could.

After the Russian Revolution, there was an  exodus of Russian artists to Paris. The Ballets Russes formed out of the really truly original Russian ballet (Pavlova, Nijinsky!) that emerged in the early 20th century under Serge Diaghilev.  They danced to music by Stravinsky and Debussy; costumes and sets were designed by Matisse, Picasso and Coco Chanel. This film doesn’t go back to the very beginning; it concentrates on the Ballets Russes de Monte Carlo of Colonel de Basil and its rival, The Original Ballets Russes. We are shown the beautiful young dancers in their prime. And then, wonderfully, some of those same dancers grown old are interviewed in the film.
They are still beautiful. They are still dancing – teaching dancing, passing on what they know. It’s not technique that she wants them to develop, one of them tells us. It’s warmth.

The film closes to the finale from Shostakovich’s Firebird; Alicia Markova saying that her life in the ballet was so rich… and the ghosts of the Ballets Russes in grainy old movie footage dancing once again. Immensely moving. Sigh. Sob.

I also, stupidly as it turns out, decided to knit the collar of a cardigan that I didn’t quite finish over the winter. Well, I ended up with tendonitis in my wrist, didn’t I? And I couldn’t use the keyboard. Help!!!
My tech-y husband to the rescue. He installed a program called DragonDictate, so I now I can talk to the computer screen and find my spoken words magically transformed to text. It does get things wrong – varicose veins, for instance, were turned into the quite lovely ‘very cosy tale’. But it really is magic, and even when the wrist fixes itself up again I’ll use it to do messy drafts in the stream of consciousness style. Though it’s stream of self-consciousness when someone else is nearby. I really do feel incredibly silly talking  to myself; I need PRIVATE – KEEP OUT – GO AWAY on the door. 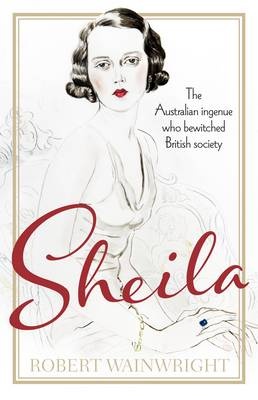 My last book of 2013 was Sheila. I quote the blurb; ‘She wedded earls and barons (only one of each, actually), bedded a future king, was feted by London and New York society for 40 years, and when she died she was a Russian princess (no, the wife of a Russian prince).’ I read it to the bitter end and wondered why I bothered. She may have bewitched the Prince of Wales but she didn’t do a lot for me. But I don’t want to begin the year on a snarky note, so I will finish up with some cheering statistics.

I tallied up my score of books for the year and found that I’d read 72. That’s – I had to get the calculator out – 1.38461538 books per week. I read the most books in December and  October. The leanest reading months were March and June. 58.3% of my total reading was fiction. Of that, two thirds was adult fiction. The remaining third was overwhelmingly junior fiction; I read only 3 YA novels (Must do better this year). Of the non-fiction, the largest category would be shelved in the bookshop where I work in the Self-Help/Religion/Spirituality section. My perpetual hypochondria (they call it health anxiety now; much nicer) plus an end-of-year Buddhist binge no doubt upped those figures.

Now for the awards. Best new novel was The Goldfinch by Donna Tartt. Best classic was Anna Karenina. Best fiction discovery was Margaret Drabble. Best non-fiction discovery was Robert MacFarlane. Best kid’s book was Cicada Summer by Kate Constable. Scooping up the Karma award by a mile was Stephen Batchelor for Confession of a Buddhist Atheist. Laugh Out Loud trophy went to David Lodge for Thinks…  Book I Loved That I Didn’t Think I Would was Lola Bensky by Lily Brett. Bolstered Self-Esteem Gold Cup was won by Susan Cain for her lovely defence of introversion, Quiet. And I could go on, because almost everything I read this year gave me something – even Sheila.