In the past, at the end of the year, it’s been fun to count how many books I read, and in what genres, and to note the balance of male to female and Australian to overseas writers, and which books I’d read before, and which were new releases… All that kind of stuff.

This year, I began the list, and then just gave up. I know I read some wonderful books, and wrote about some of them on this blog, but just at the minute I can’t remember their names. End-of-year exhaustion, hot weather, old age..?

So here are the last books for 2018, which fall neatly into a number of categories. An English children’s book, an American collection of essays, an award-winning Australian first novel, a Booker long-listed novel by a young Irish writer. 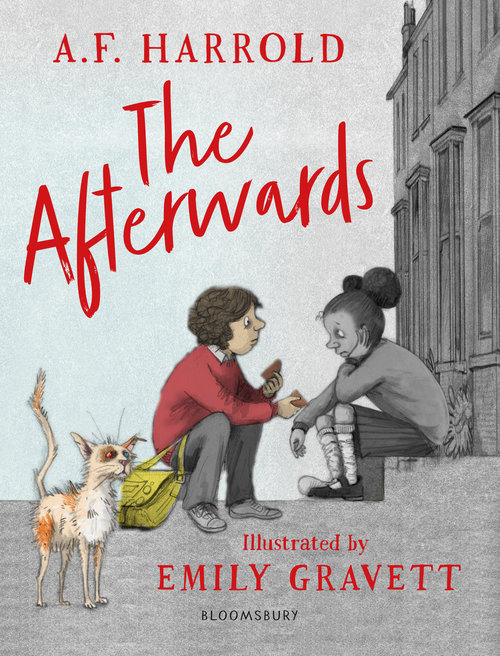 A.F. Harrold’s The Afterwards – with illustrations by Emily Gravett – is an unsettling book about death and what comes next. December (Ember) and her friend Happiness (Ness) are inseparable – until Ness dies in a freak playground accident. Dark and disturbing echoes from mythology as Ember goes into “the afterwards” to try to bring her Ness back from that grey and dreary place. Should she sacrifice her own life for her friend? It is actually quite scary…and reminded me of one of the traumas of my own childhood, which was an episode of The Twilight Zone where a little girl rolls out of bed through the wall into a grey, dreary, endless in-between place. The stuff of nightmares. I’m not sure what a 9-10 year old would really make of this. I must ask one! 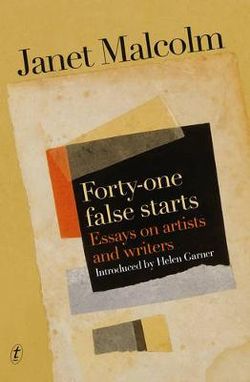 Janet Malcolm is a brilliant American journalist and writer of intimidating (or terrifying) intelligence and wit. Never mind that. But I found Forty-one False Starts: Essays in artists and writers, with a foreword by another pretty scary writer, Helen Garner, un-put-downable. The piece I enjoyed most, A Girl of the Zeitgeist, is a profile of Ingrid Sischy, the editor of the magazine ArtForum. I knew nothing about most of the art world characters – artists, critics, writers, dealers – but it was all fascinating, witty, sharp, funny and awfully clever. My brain did hurt after I finished it, but that’s probably a sign that it did me good. 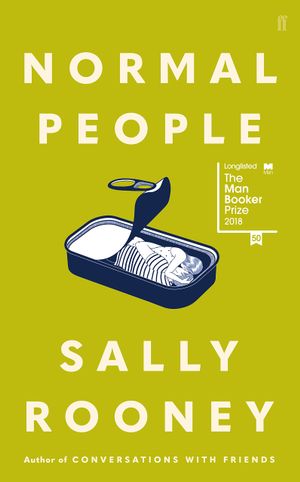 Rooney’s Normal People tells of the on-again off-again and often tortured relationship between intellectual loner and misfit Marianne and popular, sporty Connell. They’re intelligent and ambitious young people who’ve grown up together in a provincial Irish town. His mother is her family’s cleaner, and they come to share an intimate but secret friendship/love affair while they’re at high school. They break up, go on to university in Dublin, and somehow their roles reverse. And reverse again. Beautifully written, it captures with heart-breaking exactitude what it’s like to be young, longing for love and acceptance, trying to find your place in the world.
I read some of the reviews on Goodreads, and was surprised (but not really) to find that some readers understood it as an over-hyped YA romance. It’s not. Romantic, I mean. It’s sharp social commentary. Political.  Intellectual. Here’s a brief quote:

He knows that a lot of the literary people in college see books primarily as a way of appearing cultured. When someone mentioned the austerity protests that night in the Stag’s Head, Sadie threw her hands up and said: Not politics, please! Connell’s initial assessment of the reading was not disproven. It was culture as class performance, literature fetishised for its ability to take educated people on false emotional journeys, so they might afterwards feel superior to the uneducated people whose emotional journeys they liked to read about. Even if the writer was a good person, and even if his book was really insightful, all books were ultimately marketed as status symbols, and all writers participated in some degree in this marketing. Presumably this was how the industry made money. Literature, in the way it appeared at these public readings, had no potential as a form of resistance to anything. Still, Connell went home that night and read over some notes he’d been taking for a new story and he felt the old beat of pleasure inside his body, like watching a perfect goal, like the rustling movement of light through leaves, a phrase of music from the window of a passing car. Life offers up these moments of joy despite everything. p 222-3

I read this obsessively, finished it in a day and a night. Sally Rooney is only in her 20’s, so I imagine she’ll only get better and better. 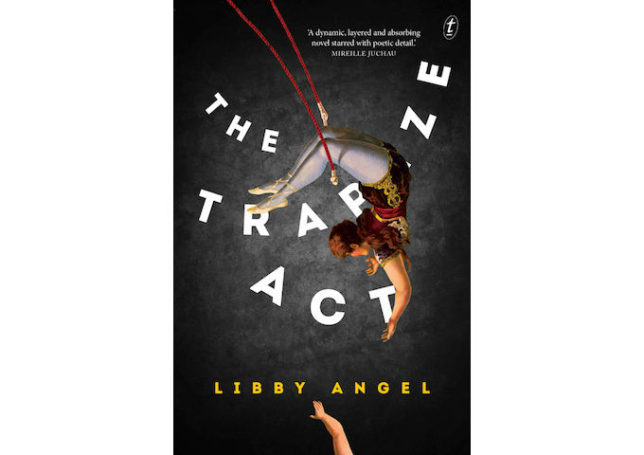 And finally…I haven’t quite finished The Trapeze Act by Libby Angel (who just happens to be another Castlemaine writer) but I will include it anyway, as my last book for 2018. It’s hard to describe but it might help if I tell you that the writer is also a poet. Loretta, the narrator, spends her childhood surveying and surviving her family.

I come from a long line of warriors and explorers. My ancestors rode elephants and conquered deserts and skies. Some of them, like my mother, could fly.
Even if we are not awake to them, our forebears possess us. Generations exist in our blood as if we had swallowed them. Loretta Maartje Lord: this is who I am and why I have come. My name is an incantation, a summons to the dead, and I am their torchbearer, the executor of their triumphs and grievances. p 4

Mother is a flamboyant trapeze artiste and exotic dancer, sprung from a long line of circus performers, whose eccentricity bleeds into madness; brother Kingston is a homicidal maniac-in-training; father Gilbert is a high profile criminal lawyer and philanderer. And her great grandfather, whose journals are excerpted in the novel, was a delusional explorer who hoped to find elephants in the red centre of Australia. Sharp, poetic, often very funny, it sometimes reads like a fable, and sometimes like a scary account of parenting gone terribly, terribly wrong. I’ll keep reading.

And hopefully, I’ll keep on and on reading in 2019. There’s already a quite a collection by my bed. Recently, a customer referred to her unread books as “the pile of shame”. And another customer said, no, don’t think of it that way. Just consider how much pleasure you have ahead of you.
I agree completely.