Current events  – our despicable government, the Trump circus, continuing attacks on renewable energy, our ongoing torture of refugees and the rest – have been so depressing, unsettling and generally vile that recently I decided on a short news moratorium. It wasn’t enough, so I turned to books. Comfort books.

Comfort reading, to me, has always been the re-reading of old favourites; the literary equivalent of eating grilled cheese on toast, or soup, or a big bowl of pasta. I never seem to tire of those meals. They simply work their soothing magic of carbs and fat. I feel better, and the world seems a better place.
Sadly, my old comfort reading books seem to have lost their magic.  They haven’t changed; I have. Is it that I’m getting older? Has the world moved on that bit too far? Have I read them too many times? Does familiarity breed contempt?

I started with L M Montgomery. I was able to enjoy the Anne of Green Gables books as long as Anne was a child, but she grew up and became a fairly ordinary and not very interesting girl. Perhaps, because I knew that the author simply wasn’t going to let Anne be a real writer, I didn’t care so much ab0ut her mild adventures. And racism and sexism, once seen, can’t be un-seen. I used to be able to pass over such things. Tell myself that these books were artifacts from the past. But I was unable to laugh at the old geezer who dug up skulls from the Indian cemetery and hung them on his fence-posts, or the casual denigration of Catholics, the French, Native Americans and people of colour. Not to mention the ‘n’ word.

I turned to The Pursuit of Love but could no longer find Mitford’s snobbery in the least bit funny. And Linda, the ‘heroine’ of the piece, seemed to have nothing going for her except her beauty. Her treatment of her own child was, frankly, awful. And in fact, it was this paragraph about children that turned me off completely:

So we worked hard, mending and making and washing, doing any chores for Nanny rather than actually look after the children ourselves. I have seen too many children brought up without Nannies to think this at all desirable. In Oxford, the wives of progressive dons did it often as a matter of principle; they would gradually become morons themselves, while the children looked like slum children and behaved like barbarians.

Even Georgette Heyer’s A Civil Contract, which is a Regency anti-romance, annoyed me. Yes, yes, I know that Heyer did an enormous amount of research, and was in fact an expert on the Napoleonic wars, but she did go on. And on and on. This wasn’t research worn lightly; it was laid on with a trowel.

I thought I’d turn to the ever-reliable Jane Austen as a salve, but I’m a bit scared to. What if I find that I’ve turned against her, too? I don’t think I could bear it. 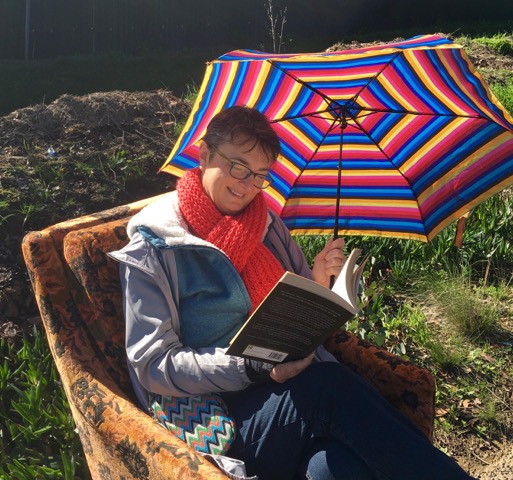