It seems that often my random reading continues a kind of conversation in my head. After writing my last post, on Tim Parks’ book, I’ve been thinking about thinking. The problem of too much thinking. Thinking when I’d rather not.
Let’s take yesterday – a sunny day, an hour or two in the garden pulling weeds, enjoyable exercise rather than a chore – and yet I just could not stop that voice in my head. It wasn’t all bad. Sometimes it was just a commentary interspersed with memories, to-do lists, future plans. There were the odd instants of delight and wonder (the green of new grass, the toughness of some weed roots, scarlet parrots in a bare tree). But also much perplexity and discontent (Donald Trump, how to not buy anything in plastic, can I project-manage the new kitchen and work on the new book at the same time?). Gradually a kind of non-stop, nagging, argumenative chatter took over. I had to speak to myself sternly. It’s a beautiful day. You’re alive and not in pain or distress. Pull weeds. Stop thinking.

And then, when I went inside for a cup of tea and propped my book  – Mary Swann by Carol Shields, Flamingo, 1993 – up on the teapot, after a few pages I read this:

…I’ve never been able to see the point of emptying one’s mind of thought. Our thoughts are all we have. I love my thoughts, even when they take me up and down sour-smelling byways where I’d rather not venture. Whatever flickers on in my head is mine and I want it, all the blinking impulses and inclinations and connections and weirdness, and especially those bright purple flares that come streaming out of nowhere, announcing that you’re at some mystic juncture or turning point and that you’d better pay attention.

I love my thoughts, too.  Mostly. Wandering, discursive, curious; linking and connecting; interpreting and inventing and basically making stuff up, gold from straw, like the spinning maiden in Rumpelstilstkin  – where would I be if my mind was empty? I wouldn’t be a writer, that’s certain. For years I’ve wondered if I could write and at the same time achieve that possibly mythical but much desired state of ‘living in the moment’. I’d be happier, perhaps. But maybe I wouldn’t be able to write. And that would make me unhappy. It’s a matter of balance – like everything, I suppose – and patience. I get stuck – enmired is Tim Parks’ word –  in kitchen renovation and Donald Trump and general discontent, and then get jolted out of it by a parrot or a blade of new grass. 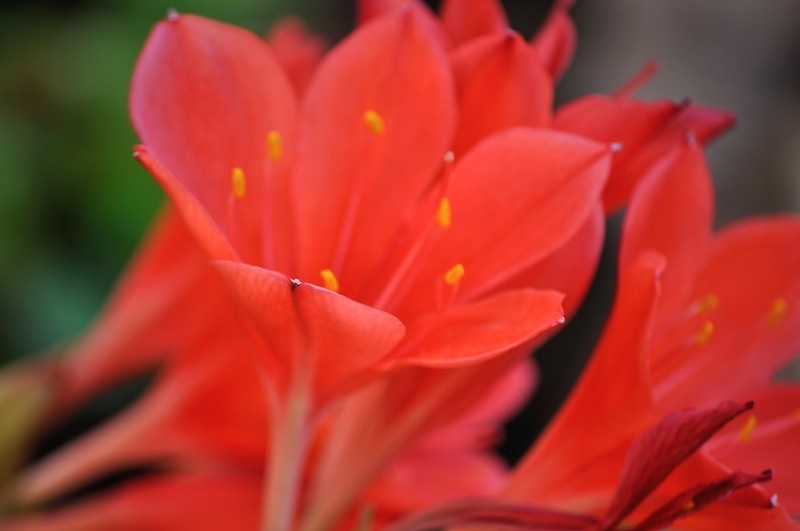 PS. Does anyone read Carol Shields any more? She was a terrific writer. I read The Stone Diaries (shortlisted for the Booker in 1993, it won Shields the Pulitzer in 1995) when it came out, and was amazed at how wonderful and deep and engrossing and illuminating she’d made an ‘ordinary’ woman’s life. This year I’ve found The Republic of Love, Larry’s Party and Unless in various Opportunity Shops. Mary Swann was in the library’s shelf at the railway station. So random! Shields’ books are sophisticated and ingenious, funny as well as dark, and particularly good on ‘domesticity – the shaggy beast that eats up 50 percent of our lives’.  She died too young, in 2003, at 68.