I am reading The Peppered Moth (Viking, 2000) by Margaret Drabble.

I like Margaret Drabble’s writing very much. Ever since I found the three books in the Radiant Way sequence in the op shop (one signed by the author) I’ve been on the look-out. I’ve found the early novels The Garrick Year and The Millstone; though she was wonderful as a younger writer, with age has come this absolute owning of the page. She plays with language, making words and sentences jump hoops and skip and spin and then sometimes returning to an almost 19th century style. In this book,  there’s a sly, wry omniscient narrator who talks directly to the reader, giving us the god’s eye view of the characters. I find this has a distancing effect, so that you don’t feel close to the characters; you don’t participate but observe rather dispassionately as their fates unwind, but that’s not a criticism.

The Peppered Moth is really an imagined biography of Margaret Drabble’s (and A.S. Byatt’s!) mother in the character of Bessie, a clever working class girl from a Yorkshire mining town who won a scholarship to Cambridge but didn’t go on to have the brilliant career that she and everyone else would have expected. She married, had children and made everyone in her life unhappy. A disappointed woman, she was highly intelligent but harsh, angry and manipulative.In her after word, Drabble writes:
My father died in December 1982, and my mother shortly afterwards, in April 1984. After her death several friends – mostly novelist friends – suggested that I should try to write about her. Use your mother’s blood for ink, one of them urged me. So I tried, but it wasn’t easy. I think about my mother a great deal, uncomfortably. Night and day on me she cries. Maybe I should have tried to write a factual memoir of her life, but I have written this instead. 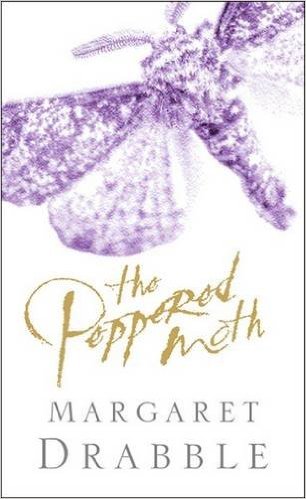 Drabble explores the effect of the ambition and the disappointment on Bessie’s husband, children and grandchild, taking in genetics and evolution and inheritance, old age and memory and decay, class and gender, history and geography. There’s not much she doesn’t take in, actually; she asks many questions about mothers and daughters that reverberate through the generations.