END OF THE MONTH

It’s the end of January, last day of the first month of the New Year. I have read six books so far in 2016, and they’ve all been terrific. The two Siri Hustvedts got me so keen that I ordered another of her titles, The Blazing World, from the library. But I think it will have to go back unread; it’s not the right book for now.
I have a half dozen or so ‘to read’ books on the shelf and I hesitated between Nabokov’s Speak, Memory, Ben Lerner’s At the Atocha Station and Bel Canto by Anne Patchett. I took a punt and plunged into Bel Canto and by the first page I was hooked. It’s such a lovely feeling! And I have made yet another cup of tea, checked the rain gauge (20 mls!), put some vegies on to roast for tonight’s dinner… I know it’s the last day of January, but with the rain and dull grey sky and chill in the air, the hot tea and the cooking smells from the kitchen, it feels like winter. Perfect reading weather. 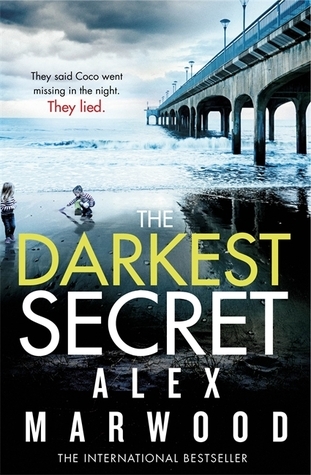 I whizzed through Alex Marwood’s thriller/mystery The Darkest Secret in a rush during the week. Clearly drawing on the Madeleine McCann disappearance, it’s a page turner and cleverly done, with a very effective structure (note to self!). It’s set in two different time periods – September 2004, when three-year-old identical twin Coco went missing – and fifteen years later, in the aftermath of the death of Sean, the twin’s father – and it’s told from a number of viewpoints. You get a kind of rush, reading a good thriller. I can see that they could become quite addictive, but one’s enough for me right now. Too much darkness.

I went straight on to Oliver Sack’s An Anthropologist on Mars. I’m ashamed to say although I knew who he was and the kinds of things he wrote, I’ve never read anything by Sacks before. I have been missing out. I bought this in the Op Shop the other day, in spite of the spooky cover and the fact that the book has obviously been dropped in the bath. I’d been primed to pick it off the shelf, I think, because in the last couple of  weeks I’ve had several customers in the shop to order Gratitude, a series of four essays he wrote during his last months, in which he explored his thoughts and feelings about completing his life and facing his death. 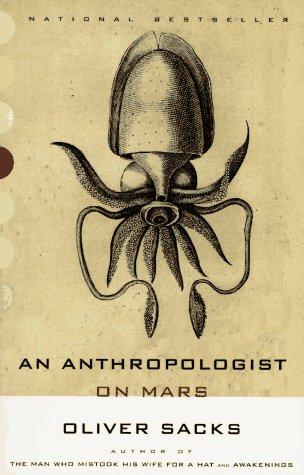 The subtitle is ‘Seven Paradoxical Tales’. Case histories, I suppose, but told with compassion, humanity, humility, care and love. From my online reading of comments and reviews, I see these qualities (and more) are the hallmarks of Sack’s work. I feel I’ve got a better – bigger – idea of what it is to be a human, to think and feel, to create and act and relate. Since the bee in my bonnet is always memory, my quote of the week is this, from chapter called ‘The  Landscape of his Dreams’, about Italian Franco Magnani, living for many years in the US, but painting obsessively, exclusively, with photographic detail and accuracy, the village of his birth, Pontito,in Tuscany.

One may be born with the potential for a prodigious memory, but one is not born with a disposition to recollect: this comes only with changes and separations in life – separations from people, from places, from events and situations, especially if they have been of great significance, have been deeply hated or loved. It is, thus, discontinuities, the great discontinuities of life, that we seek to bridge, or reconcile,, or integrate, by recollection and, beyond this, by myth and art. Discontinuity and nostalgia are most profound if, in growing up, we lose or leave the place where we were born or spent our childhood, if we become expatriates or exiles, if the place or the life we were brought up in is changed beyond recognition or destroyed. All of us, finally, are exiles from the past.