I bought this beautiful book at The Book Grocer for $6.00 (!!!!) It’s a Faber and Faber hard-cover, with a lovely stiff paper dust jacket, illustrated end-papers and black and white illustrations by Stanley Donwood and beautiful text – prose that reads like poetry –  by Robert MacFarlane and Dan Richards.

A holloway is a hollow way, a sunken path. A route that centuries of foot-fall, hoof-hit, wheel-roll and rain-run gave harrowed deep down into the bedrock. 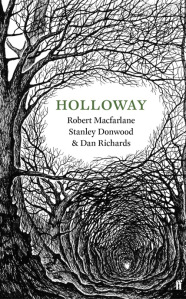 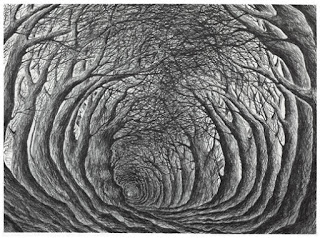 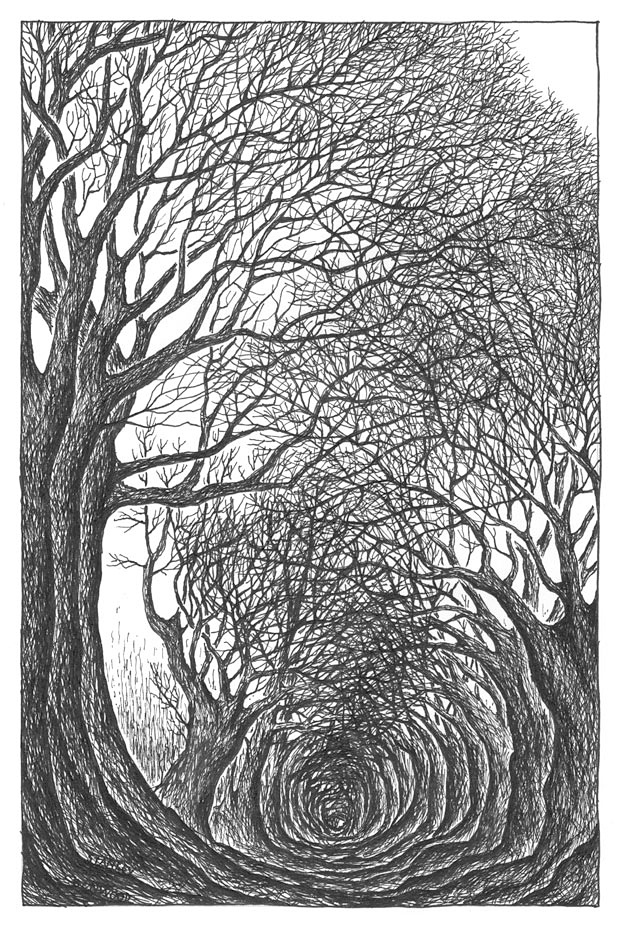 …by the side of high old ash tree, we found a way back down into the holloway & so there we passed through that hole in the hedge and descended into the holloway’s depth, using ivy as a rope to abseil down the sandstone sides and into the shade.

The bright hot surface world was forgotten. So close was the latticework of leaves & branches & so high the eastern side of the holloway that light penetrated its depths only in thin lances. We came occasionally to small clearings, where light fell & grass grew. IN the windless warm air, groups of flies bobbed  & we, each dancing around a set point like vibrating atoms held in a matrix.

Robert MacFarlane is the author of Mountains of the Mind, The Wild Places, The Old Ways and Landmarks.