Revising and editing at the present. I work at the Bookroom 2 days a week, and I’m aiming  to work on my novel 4 days a week – which leaves me one day off. Today was the day, and my husband took me for a Sunday drive in the pale, end of winter sunshine. We drove through rolling farmland and bush to Heathcote, stopped off for a pastie and a pie at an old-school bakery, stopped at Redesdale to have a cup of tea (from our trusty thermos flask) on the riverbank near the historic iron bridge, and then drove home a slightly different way, through more rolling farmland and bush. The wattle, in the sunlight, was luminous and golden and glorious and glowing; there was a lot of ‘ah’ and ‘oh’; many sighs of delight. After such a long and cold winter, it was a day of spring and beauty and warmth. 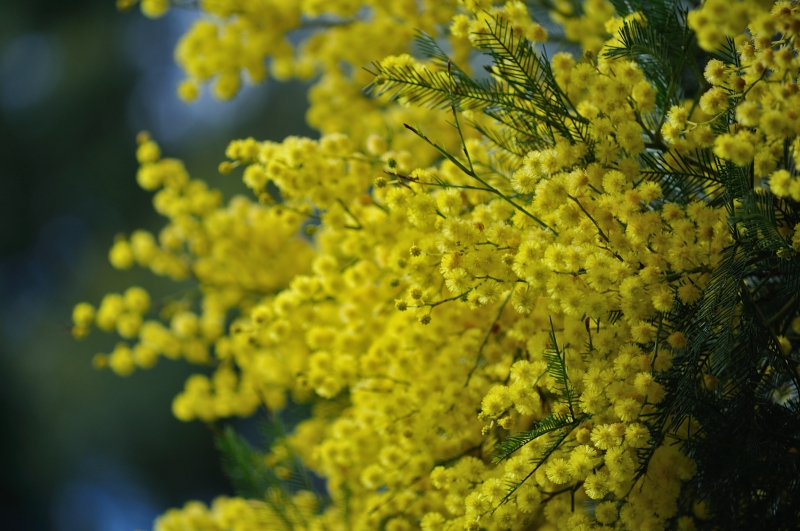 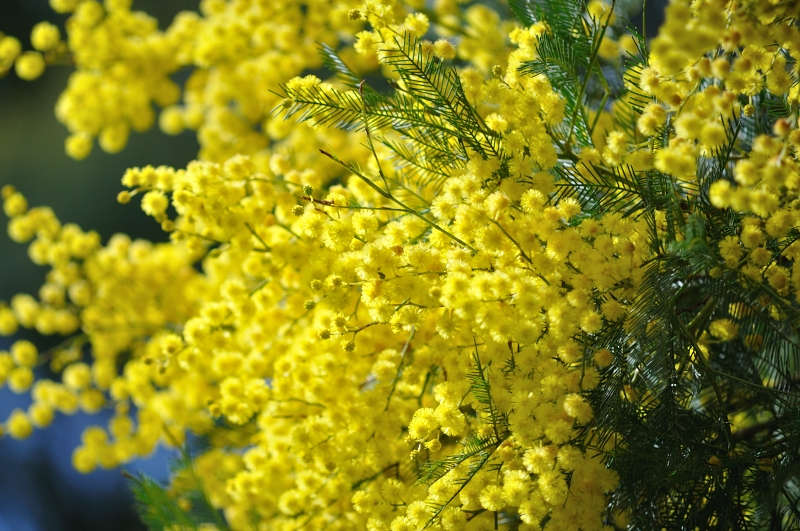 Amongst my revising and editing, I came up with a little continuity problem. A wattle problem, actually.
My father had told me that when he was in London in the early 1950s, he was so homesick he felt physically ill. Friends used to send gum-leaves, which he and his friends would burn for the nostalgic, campfire smell. And there was also, in early spring, in posh florist’s shops, wattle. Only they called it mimosa, and it came from the South of France.
In my novel, which is set in London in the early 1950s, my young heroine (I know it is old fashioned, and protagonist is the word to use, but she is my heroine, and I will call her that) is an Australian girl. I show her looking at wattle in the florist’s shop in Bond Street and feeling homesick.
But – wattle in London florist’s shops – was my dad steering me right?  I Googled for information, and found out that acacia from Australia had indeed been planted in the South of France. Rich people had been popping it into their gardens since the 1900’s. And yes, they called it mimosa, and it was in flower in March and April, and it was much sought after as a spring bloom.
However, for the purpose of my story, my homesick heroine has to be looking at wattle after the Festival of Britain, which ran from June till September 1951. It had to be autumn. The spring of the following year was too late.
It’s a bit sad, and I’m not obsessively fussy about accuracy, but you can’t play around with the flowering season. Wattle is spring, so no wattle in Bond Street. 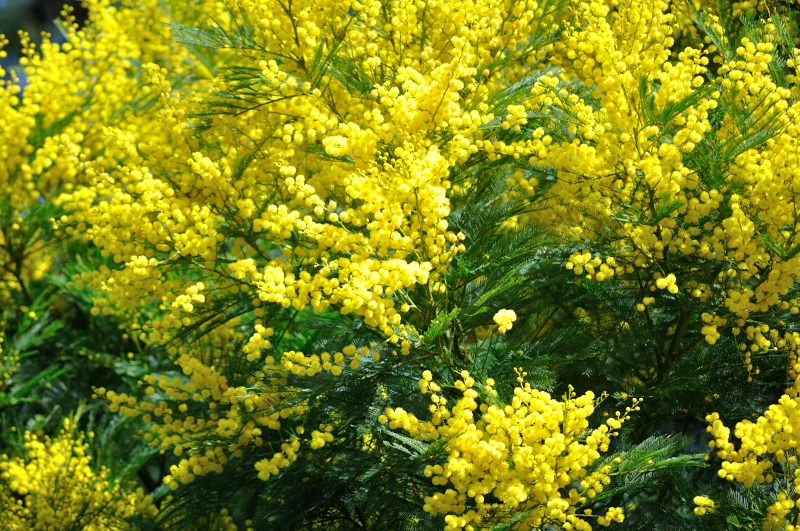 I’VE BEEN READING
I have been reading The Forrests by Emily Perkins, and today I bought Six Bedrooms by Tegan Bennett Daylight. Both of these authors are new to me, and I’ve been encouraged to read them by their interviews with Charlotte Wood in her online magazine, The Writer’s Room Interviews. It’s fantastic, like listening in on the most nitty-gritty literary shop talk ever. Highly recommended!