I’m not sure when or where or even why I scribbled this down. In the King James Version of the bible, Hebrews 13:2 reads:
Be not forgetful to entertain strangers: for thereby some have entertained angels unawares.
On the other hand, the revised New International Version is this:
Do not forget to show hospitality to strangers, for by so doing some people have shown hospitality to angels without knowing it. 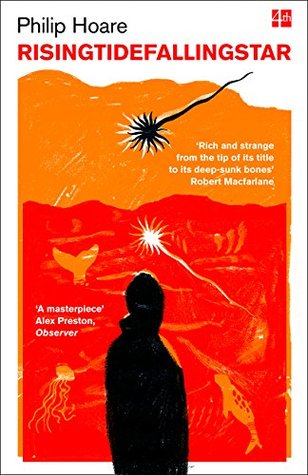 To me, that tin ear for language is so starved of poetry and beauty, it’s almost beyond understanding. You just have to read the KJV passage out loud, and follow with the other. But, as my husband pointed out, the revisers were all about understanding for the people who were going to be put off by archaic words or grammar.

I am now raving (in a good way) about RisingTideFallingStar, but to tell you the truth, I was initially put off by Philip Hoare’s wild and prodigal way with language when I first bought this book last year. It was a bit the same with H is for Hawk, by Helen McDonald. Too many words! Too intense! And I certainly changed my mind there.

On our Canadian adventure, we spent a lot of time by the ocean; the Pacific on the West Coast, the Atlantic on the East. The photograph below was taken on Cape Breton in Nova Scotia. One of our friends reminded me of an earlier visit, when he and I had travelled from New Brunswick to Nova Scotia, and the huge behemoth of a car ferry was accompanied by leaping dolphins. It was sheer delight, which I’d forgotten, and then remembered. I realised with a thud of disappointment that I’d just had that ritual burning, and the 1991 Canada journal had gone into the flames. Damn.
This digression is just a way of saying that my appetite for reading about oceans was aroused, I remembered buying the book and not liking it, and thought it might be time to try again. 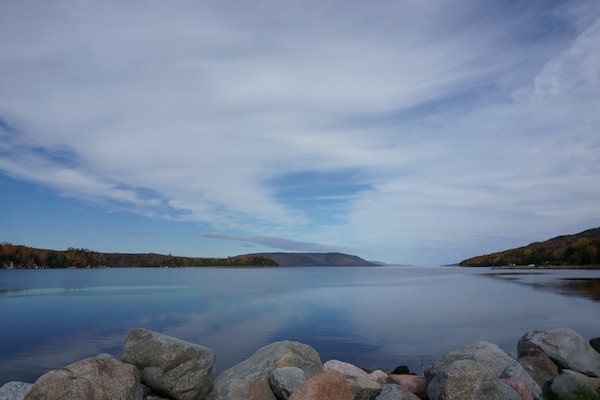 And oh, wow. It made me remember being a child of around ten, discovering that I could write poetry, and the feeling of feasting greedily on words. Like a bee in a field of flowers, I was giddy and dizzy and reeling with sweetness. Not that Hoare’s writing is particularly sweet. It’s actually pretty strange, some of it – I can imagine there are people who’d even find it repellent. I’m thinking of his descriptions of examining animal corpses, for instance (this is something I do, too – they’re interesting). When he finds a dead female dolphin and pokes his finger inside her genital opening to see if she’s pregnant, it was almost a step too far even for me.

This is a book about himself, and the ocean.  Also, whales, dolphins, birds, England and New England, shores, tides, storms, the planet, the past, the present, swimming, danger, Moby Dick, Sylvia Plath, the English Romantic poet Shelley,  The Tempest, David Bowie, Virginia Woolf… This is a very partial list. There’s so much more. Here’s a taste:

And when a family of Sowerby’s beaked whales appears in the early morning off those black shores, their strange dark shapes moving silently through the water, their subtle blows and antediluvian beaks breaking the calm surface to announce their presence: or when Risso’s dolphins leap and spy-hop, so impossibly marked and scratched that they appear almost entirely white, like cetacean ghosts, in the way that all whales are ghosts; or when a sperm whale  appears out of the same sea, her body uniquely shaded in grey, a pale band around her belly splintering into shards towards he flukes like avant-garde haute couture and leaving me gasping behind my perspex mask – don’t all these cetaceans, whose names seem to belong to humans, signal their own stories,their own sense of themselves, rising to adore their own gods?
I had no idea. In the ocean, this is happening, all the time, as it always did.