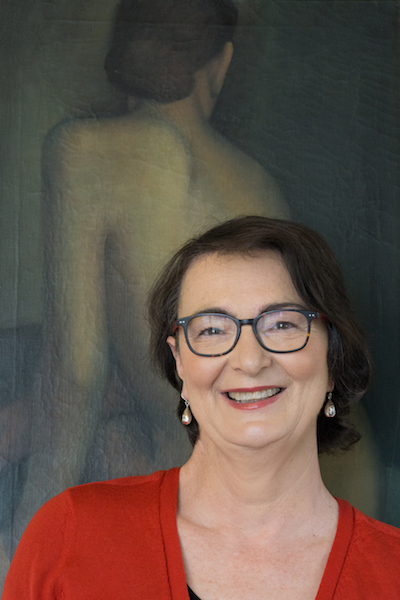 In mid-May, I gave a couple of library talks about my novel “How Bright Are All Things Here”. One was at Woodend, and the other was here in Castlemaine. Here’s an edited version of the talk.

A question I’ve been asked, many times, is “What’s the novel about?” I’ve listened to marketing and publicity experts, I’ve been to workshops and seminars; you should be prepared for this question. You should have something brief and punchy prepared. One sentence… Well, I fumble around with that one. It’s hard to say.
It’s about all the things that I like to think about.
Or, it’s about Bliss Henderson, an elderly woman lying dying, excavating her past, while her three stepchildren, with messy lives of their own, hover. Which sounds a bit grim, but I promise you, it isn’t.
Or else, it’s about all sorts of things that interest me. Art and artists, feminism, mysticism, poetry, aged care, fashion, food, the Festival of Britain, children and families, marriage, masculinity, mysticism and the Melbourne Metropolitan Board of Works.
But, really, basically, at its heart, the novel is about time. From the very first sentence, it’s about time.

Am I dead yet?
It can’t be long now, darling. Can you tell me when? I mean, exactly?
Or is it meant to be a surprise?

Bliss, suffering from heart failure and having recently fallen and damaged her spine, is in an aged-care facility – and how she despises that name. She knows she’s dying. Her question is about the future. When? Her stepdaughter Paula comes every day, rushing, making the time, taking the time, never enough time. But Bliss has all the time in the world.

Could I give her some of mine? Lord knows, I’ve wasted enough, on tears and fears and falling in love. But still, in spite of all I’ve let slip through my fingers, there is so much time left. It flows and folds, loops backwards and forwards simultaneously like an endless ribbon. I go back, back, back. I find my mother’s button jar, plunge in my hand and watch the buttons scatter with a clattering sound. Pearl, horn, shell, glass: shiny jet from an evening gown: Bakelite from a shirt. Here I am, in my bed. What will I find if I reach in? More time. All the times of my life.
How like an angel came I down!
How bright are all things here!
I try to clutch the dancing sparkles that spin above me in the sunlight – so close! – but they always, always whirl away from me up into the air and stay suspended, glittering, just out of reach.

All the times of my life… She’s in a space that’s out of time. She’s on morphine. Infinite time. Time suspended. It’s a bit like that Tardis in Dr Who. And yet. She goes on (and a warning for those who are offended by bad language – Bliss doesn’t swear much but occasionally for emphasis she lets rip with the f-word).

That’s all very poetic, but down to business. Time is running out. Since that day in the kitchen, it’s been a flat-out fucking gallop. Pardon my French, it just slipped out.

The structure and rhythm of the novel are all to do with this backwards and forwards motion of time running out and endless time. Bliss and her stepchildren – Paula, Tom and Anne – are dealing in their various ways with the countdown and so of course, something closely related to time comes into play for all of them. It’s memory. So the book is also about memory.
Bliss has a fabulous memory. Total recall. She thinks.

Once, at a cocktail party, I boasted to a writer about my powers of recall and was brought up short when he asked, “How do you know what you’ve forgotten?”
“Obviously there’d be a gap,” I said. “And there isn’t.”
“Perhaps not a gap in continuity, but what if you’ve forgotten some infinitesimal detail – a look, a gesture, a word – which, left out of your narrative, entirely changes the whole meaning?”
“That sort of thing only happens in novels. Your novels.”
We both laughed, and then he said, “What if our memories are a screen we’ve made to shield us from the truth?”

Lying in her bed, Bliss relives her life. I can use lots of metaphors here – she excavates, she peels away layers, she even (though she’d never say this) picks at scabs. But there are some memories she can’t or won’t approach directly, some she turns away from and some she cannot even acknowledge. As all of us amateur psychologists know, some of what makes us who we are is deeply buried in our childhood, in memories before memory really exists, and even in the traumas of our parents. These are issues that interest me deeply. Bliss relates moments from her early childhood in the 1930s, with her reclusive illustrator mother; the elderly lesbians who adopt her; art studies in London in the 1950s and marriage to an expat Australian artist there. There are affairs, another marriage, friendships – especially friendships – and work. And then there’s a shift back to Australia and the four children. Bliss narrates most of the novel, but the children get their own sections as well. This allows the reader to see Bliss as others see her, and is often the case with parents and children, you would sometimes think they are talking about different people, their perceptions can vary so markedly. Again, it’s the mystery of other people.

Here are the two step-daughters at the nursing home. Bliss is now in palliative care. They look down at her as she lies in the bed.

Paula turned to her, shocked. “Shh.”

“You don’t have to hiss at me like that, Paula. Anyway, she’s sleeping. She can’t hear.”

“You don’t know that. And her life wasn’t wasted.” Paula stared at her sister. How could Anne imagine that Bliss’s full, wild, flawed life was tragic and wasted? By what criterion did she judge? He eyes moved back to the figure under the blanket. Fountains, fireworks, flowers: explosions of colour and light: a sudden breeze that blew the fusty curtains open: a leopard skin coat, a wicked almost dirty laugh. It was love, it was joy, it was art –

“Wasted or not, it all comes down to this,” Anne said, and Paula knew she now perceived only the skull beneath the skin, the withering, the waste, the decay.

“It comes down to this for everyone,” Paula snapped. For the beautiful, the irresistible and dangerous. And for the perfect wives and mothers, too. “Come on, let’s go.” 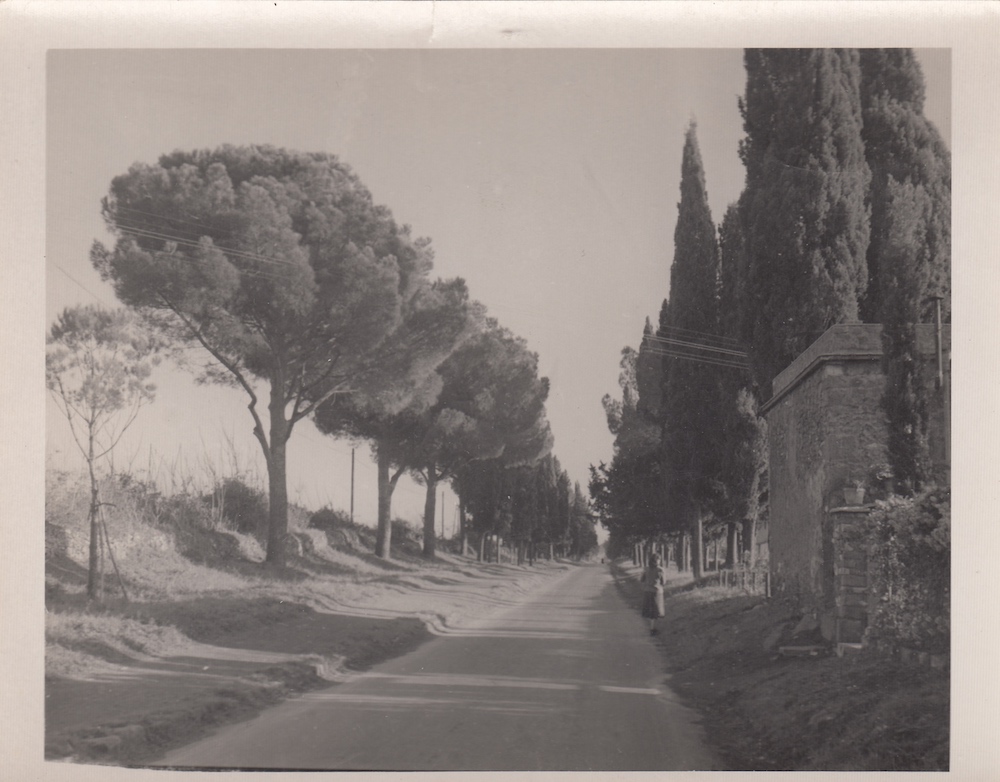 Since the book is about time, it’s also about change. I’ve long had a fascination for the immediate post-war (post 2nd world war) period in Europe and Australia. Enormous political and social changes were underway, but my initial interest was piqued by the stories my parents told, of their time in the UK in the early 1950s. I did a great deal of very enjoyable research for this novel – so enjoyable, that it didn’t seem to count as work. I investigated women’s magazines and their illustrations, short fiction and journalism; the novels of Barbara Pym and Muriel Spark; biographies of artists I admired, like John Minton and Edward Bawden; the Festival of Britain; social history titles such as the series by David Kynaston on ‘Austerity Britain’, Tony Judt’s Post War’, AN Wilson’s “After the Victorians” and “Our Time”. I watched 1950s and 60s movies and TV series set in that time. I also scrounged around in second hand shops for books of social history and current affairs published at the time. There was the feeling in Britain that everything was going to get better. Better and better. Never had it so good. And yet – anyone who’s seen “The Crown” on Netflix will recognize how difficult and uncomfortable it is to live in the precise moment when the powerful, entrenched “old” is grindingly, slowly, reluctantly moving aside for the new. Like being pincered. Poor Princess Margaret!
These huge changes meant that the look of things in art, architecture, textile and furniture design, fashion, publishing all changed. The ideas expressed in literature changed. What could be said (without fear of prosecution), changed. Some of changes took a while to peak or to surface. For instance, it was as late as 1960 that the publishers of DH Lawrence’s Lady Chatterley’s Lover were being prosecuted for obscenity, and the barrister questioned whether the book was something “you would even wish your wife or servants to read.”

What’s the novel about?  Time, memory, change. Not in the abstract; personally, too, as I’ve experienced them. It’s a personal book for me; it isn’t autobiographical, but I’d be lying if I said that “I” wasn’t in it. The sections set in the bayside suburb of Chelsea and in Melbourne in the 1960s contain my memories of the look and feel of the time. There’s a paragraph where Bliss names of the railway stations all the way to Frankston; I used to do that. And I had an epiphany, somewhat different, but visually the same, in York Minster  with the Heart of the North stained glass window, the doves, the sunset and the organ music swirling around me. I’m not either of the daughters Paula or Anne, but there’s the aspect of being there with a parent physically declining, suffering, needing care. And dying. My mother was not Bliss. But some qualities – her courage, resilience and humour in the face of intense suffering – are part of that character. I’m not heartless, and I loved my mother dearly, but the novelist in me cannot help but observe, and store those observations for use. In a way, in my way, writing was a part of memorializing my mother’s struggle, her suffering, her courage. 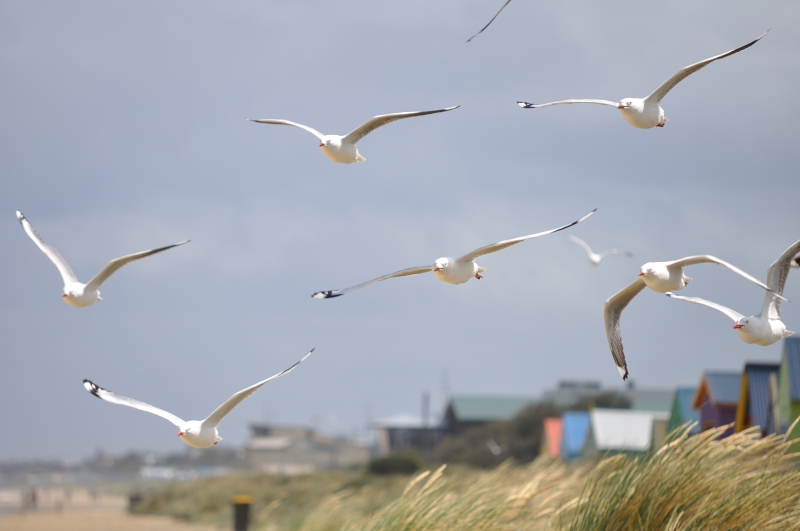 Finally, this book is about love. First love, last love; sex and passion and the terrible mistakes a person can make when they’re in the grip those two; married love, when you’re young, innocent and full of hope and when you’re old, and things are different; the love of, for and between parents and children, and siblings, and friends. Bliss meditates a great deal on love. How she’s failed and faltered. How it’s always a little flawed, or it comes too late, or it’s wrongly expressed, or is simply the work of forces we don’t understand. She’s somewhat cynical in her old age.

She meditates also on love for her work. Bliss talks quite a lot about painting and drawing, both in her youth and her old age; she was taught to draw by her artist mother and her adopted aunt, a famous portraitist; she did figure drawing at the National Gallery School; she won a scholarship to study in London, and later she worked as an illustrator and a textiles designer; she ran a trail-blazing interior design business. In fact, one of the early editors wanted more of that side of Bliss’s life in the book, and originally there was, but it turned it into a different kind of book, changed its shape and its focus, so the chapters are still sitting in their file on the computer. There’s a very wise book, by psychologist Anthony Storr, called “Solitude: A Return to the Self”, in which he challenges the idea that (Here I am quoting) “interpersonal relationships of an intimate kind are the chief, if not the only, source of human happiness”. He examines the lives of various creative people, famous and not at all famous, to show that whether it’s your career, your vocation or your hobby, solitary creative work can bring immense satisfaction and happiness and joy. Bliss, at the end of her life, is all for joy. 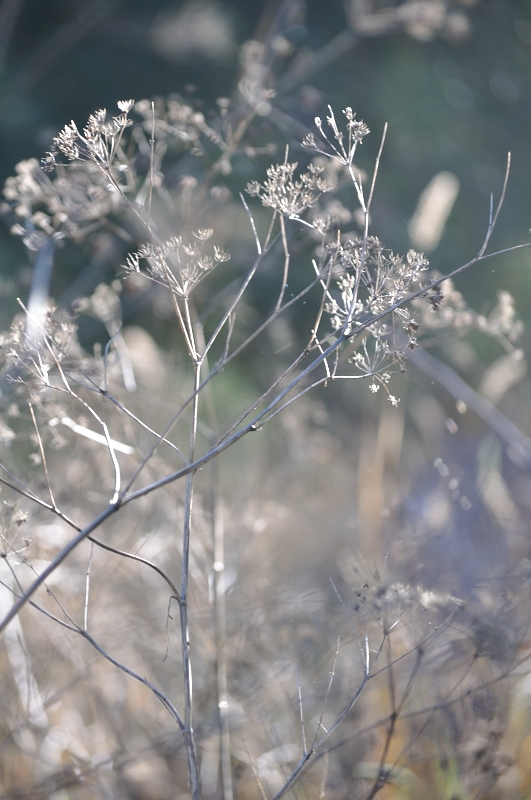