THE CUSTOMER IS ALWAYS RIGHT

My brother used to work in a record store. Sometimes people would come in asking for a record (yes, it was back in the days of vinyl), not knowing the artist or the name of the album. He’d ask if they could remember any of the song titles. And every now and then, someone would say, ‘No, but I really liked the one that goes like this.” And they’d sing to him. 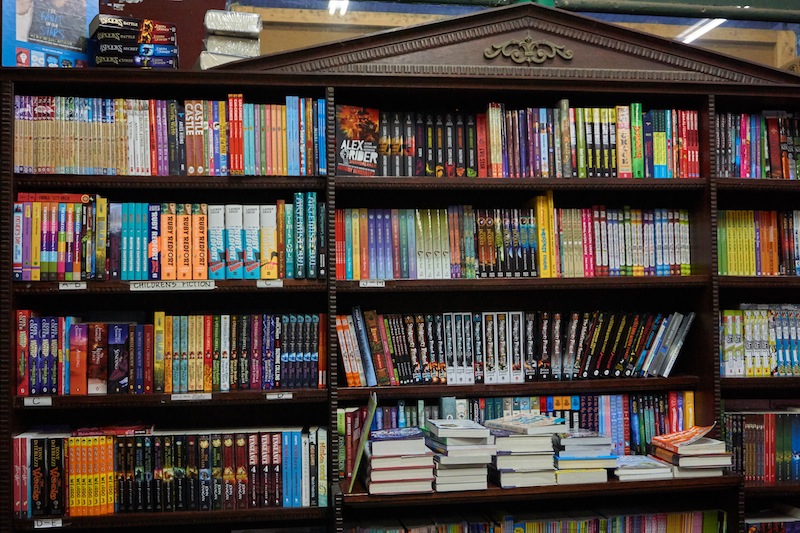 I thought of him today when I had a customer who didn’t know the author, or the title, of the book she wanted. It was a mystery, she knew that much. It might have had something to do with a hangman. There happened to be a new release called Hangman, but it wasn’t the one. We looked aimlessly along the shelves for a while, as she thought she might recognise it if she saw it. To no avail. She ended up buying a literary novel and a cookbook.

A small boy asked if I had any Cats in Underpants books. Never heard of them, I said. He looked unimpressed. I looked up the distributors’ website. No Cats in Underpants at all. I imagined pussycats in jocks, in Y-fronts, in boxers while he went moodily into the children’s section and reappeared a few minutes later clutching Captain Underpants and the Wicked Wedgie Woman. I should have figured it out.

Yesterday a rather intense older male customer came to the counter with a new biography of Charles Darwin. He self-identified as a creationist. Just like that. “I’m a creationist.” I had to stop myself from reeling back in horror, as my mind leapt to everything else he might be – a fundamentalist Christian? Or a climate change denier, a misogynist, a homophobe? He followed up by requesting a dictionary, but he didn’t want to buy it. Oh, no. He wanted to prove a point, as I realised when he asked me what one should do when a definition is wrong. Write to the compilers, I suggested, and then – even though I knew, I knew, I knew I shouldn’t – I asked him what the word was. It was ‘entropy’; he asked if I knew what it meant. Well, I sort of did, and I made a kind of “winding down” hand gesture. He said something along the lines of “very good”, after which it got weird as he launched into a diatribe about the scientist who first defined entropy in 18-something-or-other, and what it really meant, according to that definition, and how it was therefore totally impossible that…was it something about chemicals? Or planets? Or randomness? I felt quite shattered by the time he left. Saying you are a creationist seems a lot like saying quite proudly and publicly that you are completely and utterly irrational.

The shop where I work is nicely social; customers often chat with me and with each other. Friends, acquaintances and even total strangers will compare notes on the best Scandi crime, or recommend children’s novels or cookbooks. It’s lovely.  Just after the marriage equality postal survey results were announced, I witnessed the meeting of soul mates. No, not love at first sight; they discovered that they both hated political correctness. A very loud conversation followed, about how marriage was actually about having children, and since ‘they’ couldn’t, ‘they’ shouldn’t be allowed to…and so on and so forth. I couldn’t really help the expression on my face, but I kept busy while they got worked up and said some truly appalling and offensive things about ‘them’.
I wanted to shout, “But them is us!” But I continued to dust the shelves, and eventually they walked out, past the rainbow posters prominently displayed in the front window.